In the latest instalment of Flickering Myth’s film class, Tom Jolliffe looks at how to open strongly…

It takes a great deal to get an audience to succumb to your film. You need to keep their attention for the entirety of the film. The best way to hook them in of course is to open strong.

Whether an action film, horror, or any other genre, setting the tone for your film is essential. Even if you know you’re going to flip things up and surprise. If you begin with subversion, then the audience can expect something a little unexpected. Of course whether they get that is down to the skill in translating a strong opening and making it last through until a strong finale. There are countless examples of films opening fantastically only fall away pretty quickly. For a recent example just look at Spectre. Fantastic opening. Whilst the use of an extended long take was perhaps more indulgent than meaningful, the whole setting, ambiguity and pay off were expertly staged. It’s a blistering shame of course that the remainder of the film was so utterly dire. 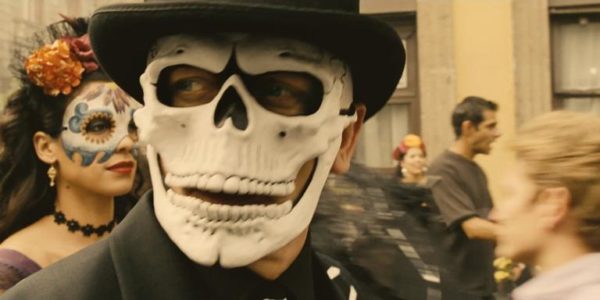 Opening strongly of course is atypical of the Bond canon. Those moments before the iconic opening titles must always impress. If a Bond doesn’t open well, it immediately puts you on a back foot. In truth plenty of Bond’s have opened well and never lived up to that (see above). Quantum Of Solace had a decidedly uninspired and poorly edited opening which really set the tone for the entire film. Unhoned, unrefined and unsure of itself. You never buy into the film because it does not identify its strengths with any great assurance. Compare to Casino Royale with a truly exceptional opening that both paid its Bond dues but set a tone which promised an evolution which Martin Campbell ably delivered.

If you have the greatest finale known to man but you haven’t opened well, what happens if you lose a viewer? What happens if they click back and watch something else on Netflix? There-in lies the importance of the opening hand. Come out of the blocks strongly, pace yourself well through the middle and end strongly. 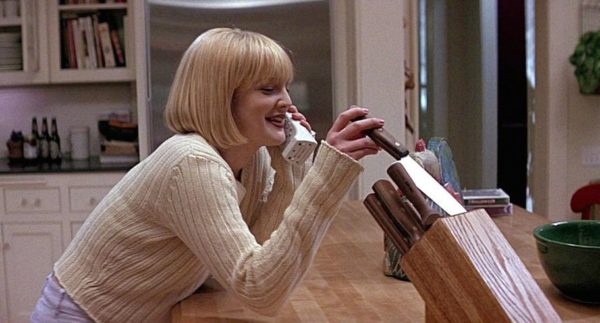 If your opening becomes almost legendary within the opening weeks of a films release, then you’ve done well. Scream was a great example of this. The opening made people talk. It brought out the star name of the piece. Granted she’d drifted out of mainstream film consciousness, but Drew Barrymore is the name in the film, if only for being a wild-child and scrap-heaped by her late teens. She is stalked by the masked killer and dispatched at the beginning. A wry, cutting (take that in any way you see fit) and fantastically brutal opening scene. Suddenly it takes out our ‘name.’ Then the audience is left stunned and awaiting more surprises. Suddenly we know Wes Craven is going to toy with us. Bring it on.

If you want the most fantastically telling, intelligent, simple and effective opening of late, then look no further than Get Out. Okay the entire film is fantastic. It subverts and adheres to its genre in equal measure. It’s this great mixture of wit, broad comedy, tension, social commentary, satire and genuine tension. All looking like it’s been shot by Stanley Kubrick. Wonderful film. However it’s the opening for me that really stands out. Because the point of the opening, which then sets the entire tone for the film, creeps up on you. How many times have we watched a film with a white protagonist uneasily walking through a black neighbourhood. They’re out of their element, out of their territory. It’s unsettlingly noisy perhaps. Background sounds of windows smashing, guns going off in the distance. Everything looks poor, degraded and rough. You then put the white person in that setting and see what happens.

What Get Out starts off with is a fairly innocuous sequence of a young black guy (Lakeith Stanfield) walking through a middle class suburban neighbourhood. Our natural pre-disposition as audience members and members of society, and pre-conceived ideas point our minds into assuming the majority of houses here belong to white people. It may not be right but it just happens that way and Jordan Peele (writer and director) knows this. He knows full well if the thought of ownership of said property arises, most audience members will assume they’re white. The scene progresses and we see this guy getting increasingly unsettled. He’s definitely out of his comfort zone. This isn’t a setting that says horror, which is why effective ‘suburban horror’ is hard to pull off but fantastic when it does so. See also Halloween for such an example (and indeed for effective opening).

Now the audience is increasingly feeling tension and this comes out in the performance of Stanfield who begins nervously talking to himself. It all culminates in him being grabbed and snatched away. The scene ticks a horror box. What it does in addition is tell you that Peele is going to unearth your pre-conceptions. He’s going to poke at our stereotyping but he’s also going to unabashadly play to black stereotypes within the film. Now we expect a mystery to be unwrapped in a horror package with social commentary and this is what we get.

If a film has a very particular particularly world it is set, then an opening that firmly ensconces you into that is definitely required. Take Children of Men for example. The beaten down dystopian vision of the future where an infertile human race slowly dies out. The world itself is grey, cold, miserable and hopeless. The world is falling apart, is far right and militant government controls round-up refugees, and terror/rebel factions terrorise the streets with bombs (a worryingly pertinent film). That opening, all in one shot, encompasses an exploding coffee shop before our protagonist (Clive Owen) makes his getaway and then sets about his daily routine. We are exploded into the setting and wrenched back again to reveal the mundane nature of this episode. It’s the norm. As Terry Gilliam more comically portrayed in Brazil, when Terror becomes so regular, almost like clockwork, then it loses an element of its terror becoming the norm. Alfonso Cuaron not only opened us with great effectiveness into the world, but also sets out his stylistic raison d’etre and a promise of more extended take action scenes.

Likewise, if you watch Blade Runner the opening of the film is visually arresting. From the eye shot (the window to the soul) to the wide expansive near future dystopian vision of L.A. and the gargantuan high rises which dominate over the City and the bustling inhabitants below, Blade Runner is all about establishing its setting and there are few films as engrossing. Ridley Scott transports you into a world that is both vividly different and recognisable at the same time. By the time Leon (Brion James) has failed his Voight Kampff test we know what the world is about and Ridley has laid out his visual palette brilliantly. You could say the same (in a whole different tone) about Woody Allen’s romantic and loving intro to Manhattan. A love letter to a city he holds dear. Beautiful visuals, complimented by George Gershwin’s music. It’s old fashioned and timeless and paints the City so vividly. 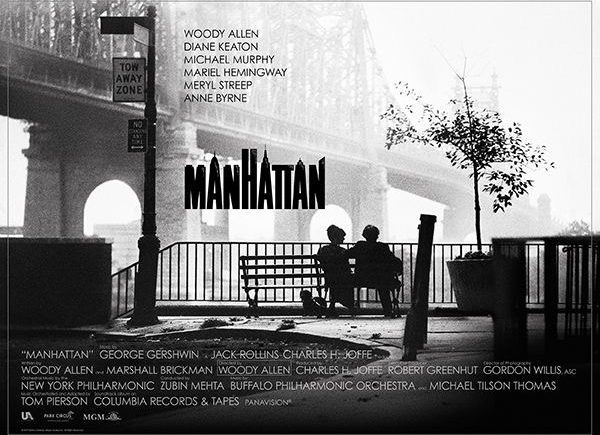 Whether you begin with a bang, or a rug pull, or simply by laying out the foundations of the style the film wants to achieve, starting strong is essential. It’s possible to get it so right that a saggy middle is perhaps overlooked. Opening limp makes it very difficult to pull back round. If you’re making a comedy, people need to laugh from the get go. An action film, and they have to be excited. A mystery must engage. All from the opening gambit.