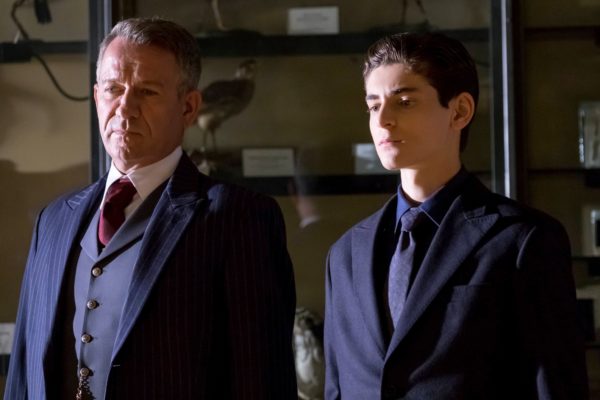 Sacrificial knife inscriptions, steamy liaisons with criminal femme fatales and an immortal foe with a man dog from the afterlife are just a few things which feature in ‘The Demon’s Head’. Couple that with an absent minded Riddler, overly paranoid kingpin Penguin and an irate Alfred Pennyworth to make a fourth instalment worth the watching.

What we have then with the re-emergence of Ra’s al Ghul is a smooth villain of infinite resources, polished guile and cunning who commands hell hounds in a search for an ancient artefact. Alexander Siddig plays with the image of an ageless warrior driven to reign over everything he observes whilst possessing the necessary gumption to eliminate those in his path. Up against Penguin, Ivy, Falcone and Riddler this man stands apart. Comic book origins might be his starting point but there are none of the theatrics you associate with such creations. Lord Taylor and Smith play it tongue in cheek with a nod and wink to their audience, which is something Siddig and Doman never do. Not since the mobster disappeared down to Florida has Gotham had anything approaching straight villainy without costumes or smoke and mirrors in attendance. However that seems all about to change. 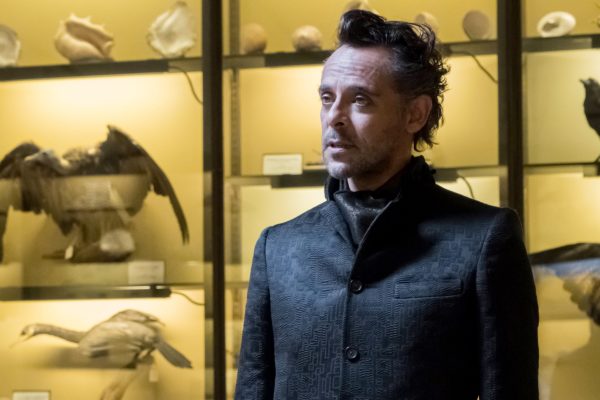 Bringing in snarling human dogs, humungous yet silent wranglers and a relentless pursuit Ra’s al Ghul has superseded anything that came before. Being in bed with Barbara Kean is perhaps the only chink in his armour, as she is defined by caricature and sideshow villainy despite the posturing. Aside from the continual chase which defines ‘The Demon’s Head’ Penguin’s meeting with our mysterious lady criminal also brings a little intrigue into things. Old allegiances surface and pledge themselves before the sound of gunshots and muzzle flashes fill the air. It momentarily moves us away from comic book into gangland slaying territory, mere steps away from a later time slot in terms of censorship.

Across the board though the tone of Gotham has definitely darkened of late, which is in keeping with the more adult direction. Alongside all the bloodshed and brooding moments however sit small pockets of levity normally provided by our favourite chrome doomed assassin Victor. To be honest they are few and far between but the chemistry which exists between himself and Penguin takes the edge off. Whether expressing a childlike hankering for torture or inadvertently firing his gun off, they have become the light entertainment of the season. 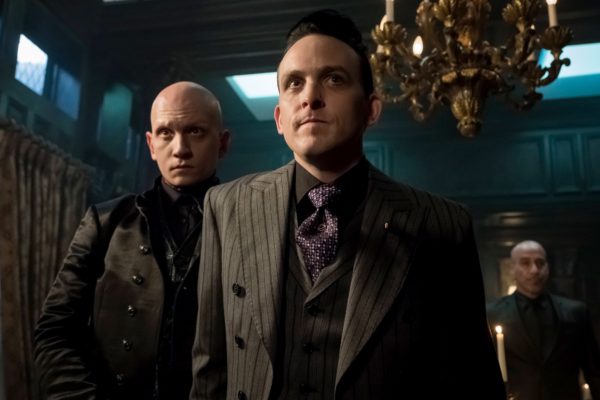 Elsewhere Bruce has stopped creeping around on rooftops for a week while Alfred is still engaging in punch ups with anyone who threatens his boy. It stands as a valiant effort to get Pertwee more involved but still feels surplus to requirements. However what is good from the standpoint of an audience is that ‘The Demon’s Head’ feels cohesive, progressive, hard-edged and coherent. Definitely another step forward for this fledgling season as it continues to find a solid direction.