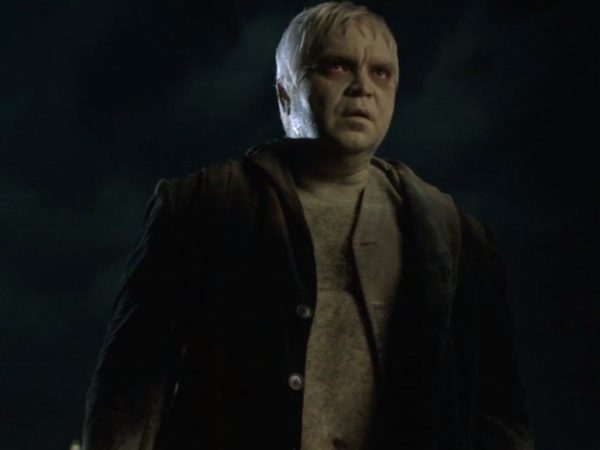 This week was more for the comic book aficionados than those after straightforward entertainment. For the first time in a while I had to look up references for Gotham rather than going on pure narrative twists and turns. My reasoning being the emergence of Solomon Grundy formally Butch Gilzean played by Drew Powell. Knowing nothing about this iconic character it seemed appropriate to find out more, which ultimately proved more interesting than almost everything else.

Looking like an albino version of The Incredible Hulk with Alice Cooper mascara, this non-verbal lumping homunculus visually reminded me of Mel Smith’s torturer in The Princess Bride. Incredibly strong, confused and looking for direction, Powell spends his time being set on fire, beating people up and forming an attachment to an unlikely ally. Somewhat different from the comic book origin story his purpose, intentions and role within this season remain unclear. Whether purely for homage reasons or with something more nefarious planned down the road, bringing this one back is sure to raise further questions. 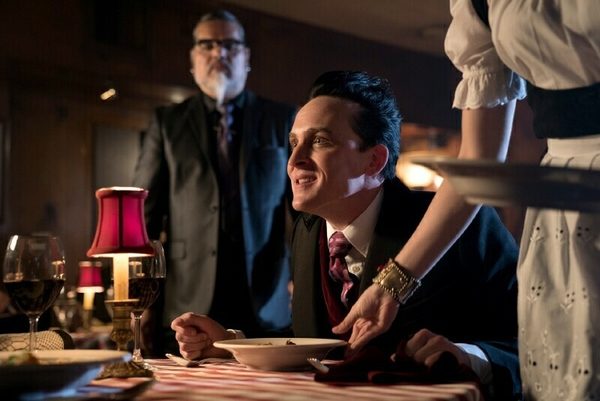 My only issue with Grundy is that he sits within a series that seems increasingly disjointed, conveniently plotted and dramatically truncated. With the re-emergence of Ra’s Al Ghul I thought we would have a villain of merit with longevity inherently attached. What we get instead is a break in which seems all too easy from out resident billionaire cat burglar, needless interference from Alfred and Gordon then an anti-climactic climax. Things seem over way too quickly, Nygma’s involvement feels like the writers needed to keep him involved, while Penguin and the latest Falcone lack spark.

Although the actress is striking and watchable there is a lack of chemistry between them. Getting snippets of interaction between characters only leads to further fragmentation while the pay off between Bruce and Ra’s Al Ghul is melodramatic without the melodrama. Barbara may flit in and out of frame, there may be a great surprise sitting in the last few minutes which perks things up considerably, but that fails to save the rest. High gloss, solid effects and snappy scenes are still unable to disguise that ‘The Blade’s Path’ feels like padding. 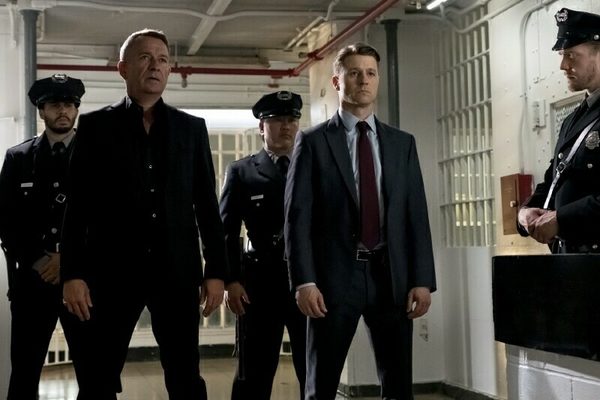 Before writing this I read a headline stating that this episode achieved the lowest ratings so far for season four. Honestly people have been saying Gotham was on the verge of cancellation every other week for four years, but here it remains. Some shows are beyond rational explanation when it comes to defining their longevity. All I can say is Gotham remains consistently good at playing the long game, plus after sixty odd episodes everyone is entitled to an off day.