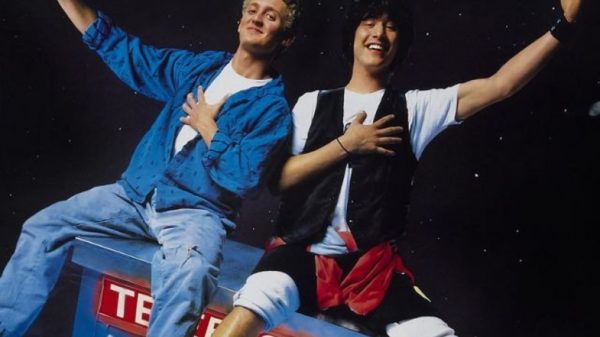 For the past few years, both Alex Winter and Keanu Reeves have been teasing the third instalment in the Bill & Ted franchise, and during the Replicas panel at the New York Comic Con, Reeves provided yet another update on the long-rumoured sequel, revealing that it is going by the title Bill & Ted Face the Music.

“We’re trying,” said Reeves. “There’s a script out there. We’re just trying to get it made. Show business is tough. It’s a cautionary tale. They’re supposed to save the world. But when we see them, they haven’t saved the world, and they’re married and have kids. And they’re playing to nobody. But they have to write the song… and face the music! Hopefully we’ll make it before I’m 60.”

Talk of Bill & Ted 3 first emerged back in 2010, with Chris Matheson and Ed Solomon working on the screenplay, although progress seemed to move at a snail’s pace. The last update came from Alex Winter back in April 2016, where he stated that a script and director were in place, and hoped that the movie would shoot early this year.