Aaron Mahnke’s Lore podcast started out small, and quickly grew into a wildly popular bi-monthly series. Each episode is a dark history lesson filled with urban myths, with the goal being to find the historical truth in the legends. The show is very informative, and often unsettling. The newly premiered TV show is no different. Actress Kristin Bauer van Straten, who is featured in Lore’s 6 episode first season, talked at the New York Comic Con about the shows traditional approach to horror (via Screenrant):

“What we all try to do when we’re watching horror, is we try to immerse ourselves, we try to believe to a certain degree and this helps you take that next step into believing because they go back and forth between actual stories from people who have incredible events that have happened [to them] and I think it helps break down that wall a bit between entertainment and [documentary]… It’s harder and harder in a modern day to impress us and because special effects and gore and stunts have gone to the limit and I’ve been thinking we have to go back to engaging the mind and that’s what this does is just classic storytelling. “

Based on the podcast phenomenon and narrated by creator Aaron Mahnke, this haunting six-episode anthology series is brought to life by the executive producer of The Walking Dead and the executive producer of The X-Files. Throughout history, fear was best kept buried. But folklore opens the door, allowing stories to creep inside and haunt us. The scariest stories are true. 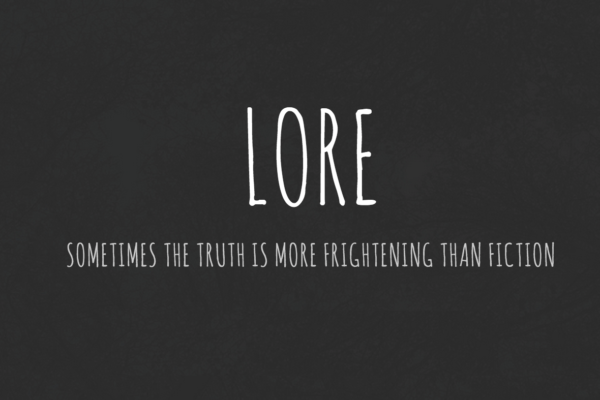