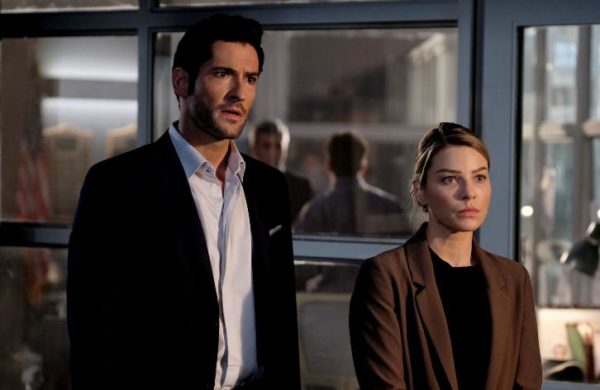 Jolting into action with a (convenient) getaway truck kicking up dust, season three of Lucifer rapidly picks right back up where it left off: with its protagonist stranded in the desert and suffering from a rather feathery problem – the re-appearance of his wings.

Chugging along on the Jerry Bruckheimer-mobile, this stylish but slightly soulless show seems to have finally fully embraced its cheesiness. Lucifer (Tom Ellis) himself has always been tongue-in-cheek, quipping left, right and centre, but the show itself remained rather po-faced and, thus, a little unbalanced. Now, fun is truly the order of service – alongside slick, crowd-pleasing action (I did say Bruckheimer, after all). It may not be the most original of shows as there is always a plethora of cop procedural-type series to choose from, and it’s not even the first to add a supernatural element (see: Angel, Moonlight, um… Supernatural), but it has its hand more firmly on the rudder, navigating its way with increasing decisiveness through the waters. 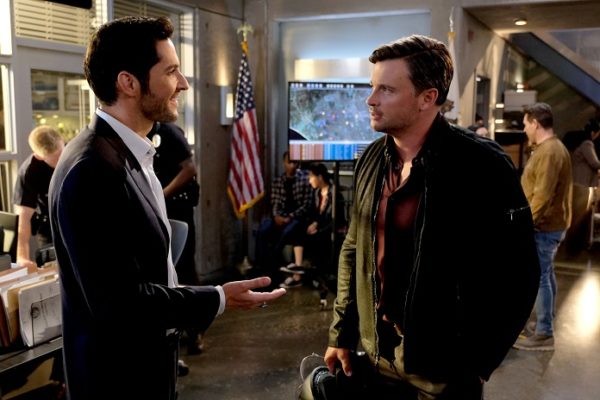 Last season’s introduction of forensics officer Ella (Aimee Garcia) continues to pay off, with the character supplying both whimsy (just the right side of manic pixie dream girl territory) and substance – through her faith – to the show. Portraying a practising Christian allows for a more real-life application for Lucifer’s celestial aspects, and this first episode seems to hint at a promising comradeship developing between her and a lost Amenadiel (D.B. Woodside).

With Lucifer’s mother out of the way, it seems that the mysterious – but vicious – Mr Sinnerman is being lined up as the big bad of the season as Lucifer tries to find out why he can no longer shed his wings nor reveal his true Devil face. These developments make for a convenient – and inevitable – stalling technique when Lucifer tries to finally reveal his true self to Chloe… and finds he can’t. This is more deftly handled than previous excuses for keeping Lucifer from confronting Chloe with the truth of his identity as it sets up an arc for the season that will see Lucifer struggle with his very (complex) nature – has he been forgiven by his Father? Is he redeemed? Does that now mean, as Amenadiel reasons, that no one is beyond redemption? The only gripe with this development would be that Lucifer’s CGI wings are rather naff when attached to his body, stuck in BBC-budget Doctor Who era, circa 2006. They also appear on top of fabric without ripping through it, and fold away into nothingness – but again, not in a way that is impressive but more in a way that was rather too quickly thought through. 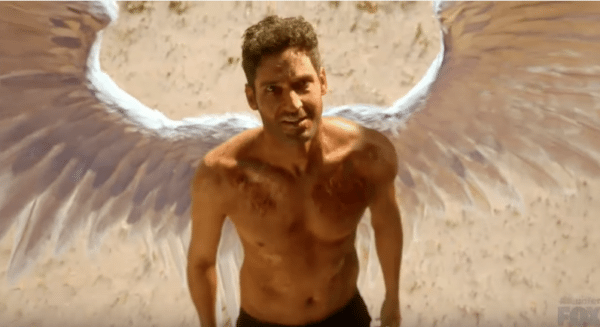 Lucifer the show of course hinges on Lucifer the character, and Tom Ellis continues to sink his teeth into the part and tear up the screen with his not-too-posh accent and drawled delivery keeping even the most clunky of lines light and breezy. Lauren German provides good foil as the tough-but-sensitive Chloe Decker, and Lucifer’s vulnerability in a plot strand that needs more untying. Neither character is a television original, but they make for engaging sparring partners – and Ellis truly relishes a role tailor-made for his talents.