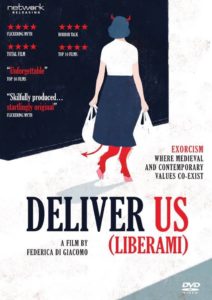 A documentary film exploring exorcism and the role the practise has in a contemporary society searching for a cure for various ills, be they physical, mental or spiritual. 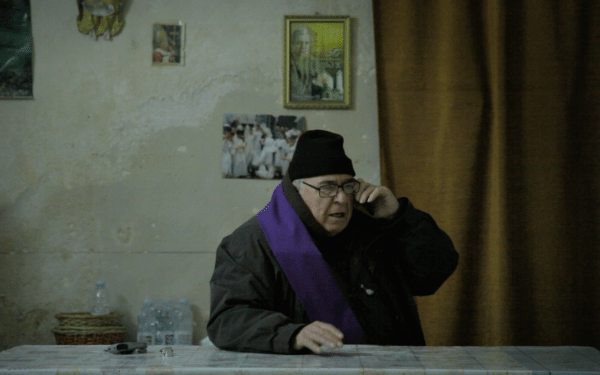 Exorcism. To most of us that spells out unlucky priests gripping onto their crosses, noisy demonic activity and sweary puking possessed kids. In short, horror movies.  But as this skillfully produced documentary shows us, the religious practise of exorcism is fully alive and, sort of, well.

Federica Di Giacomo’s startlingly original film presents Father Cataldo as our guide through this fascinating world of hope, faith and hysteria. Thousands of people believe that all sorts of problems and ailments are directly caused by demonic possession. Cataldo, through his weekly mass of liberation, offers a surprisingly frank and self-aware approach to the procedure and an alternately calming and cantankerous hand of assistance to those suffering for non-specific malaise. 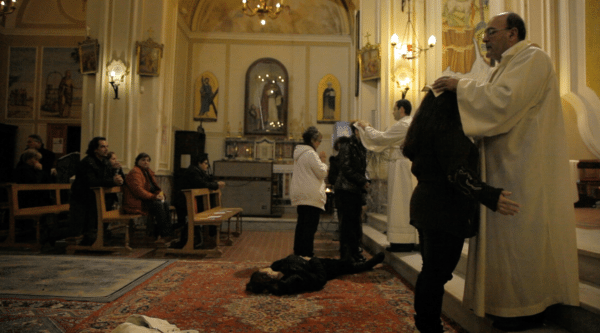 The exorcism itself appears to be something like a drop-in therapy session, with a number of different characters from different backgrounds introduced specifically through their connection with the church activity. Some are regular churchgoers and some are assuredly not, drawn to the sessions instead because, literally nothing else works. This kind of helplessness and often sad reality is counterbalanced with the dry Sicilian wit and humour of Cataldo, who brings out the reality of working in this social enterprise.

The film also takes on the wider picture of how the Catholic Church has responded to the growing claims of possession and demonic influence. The number of fully accredited exorcists have gone up worldwide, partly due to a Rome based exorcist-training camp for Catholic priests. These disarming facts and scenes are treated with a journalist’s eye, and no one is made to look foolish or silly.

The audience is left to make its own mind up. One thing is for sure, the presence of a shared community and regular social activity appears to be the real saviour here.