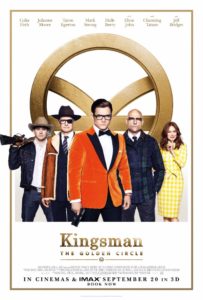 When their headquarters are destroyed and the world is held hostage, the Kingsman’s journey leads them to the discovery of an allied spy organisation in the US. These two elite secret organizations must band together to defeat a common enemy. 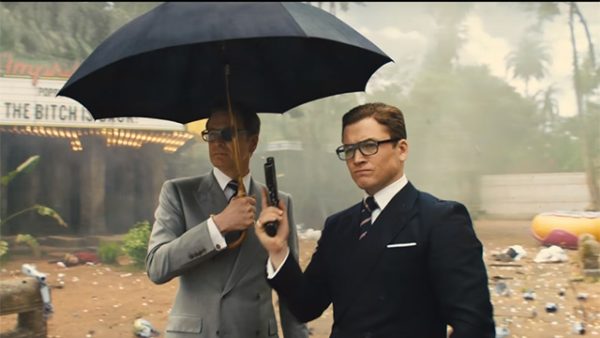 I absolutely loved the first Kingsman movie, giving it a solid 5 stars and multiple DVD viewings. It had a sharp script, it took the piss out of itself and the one take of Colin Firth killing a 100 people in a church along to Freebird is essential viewing. Unfortunately its sequel The Golden Circle doesn’t hit the same standard; but then what could?

Several years have passed and Eggsy (Egerton) is a fully fledged Kingsman agent. After their headquarters are destroyed and the agents wiped out, Eggsy and Merlin (Strong) discover a US based spy organisation called Statesman run by Champagne (Bridges). Together they have to stop drug cartel boss Poppy (Moore) who is holding the world hostage in a plan about legalising drugs. 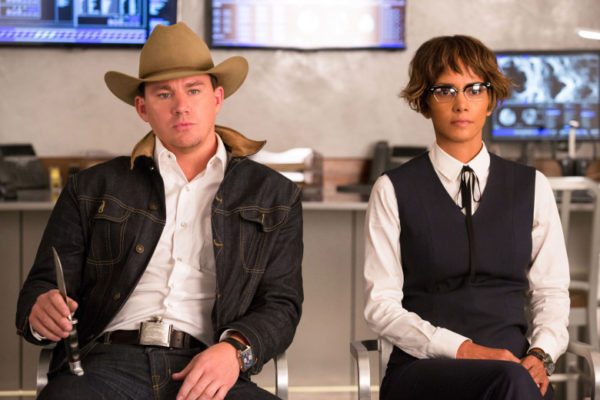 The Golden Circle offers a lot of the same wit and charm as its predecessor. Mark Strong as Merlin is on particularly good form and a rousing finale scene where he sings Take Me Home, Country Roads by John Denver is touching and hilarious. Taron Egerton has also grown into the character and takes on a lot of the films emotional weight and delivers. But it was Colin Firth’s Harry that we all wanted to see again. Miraculously alive after a bullet to the head in the first movie, there’s a bit of an amnesia storyline thrown in but by the end he’s back on top form and kicking a ton of ass. Vaughn’s highly stylised camera work is phenomenal and the energy and fun that everyone’s having is refreshing in the deeply serious action world we’ve become accustomed to. Writers Vaughn and Jane Goldman also made the brave choice to use Elton John as more than just a cameo and surprisingly it works and is absolutely hilarious. After seeing David Beckham shoe horned into King Arthur, I was worried when I saw Elton on a poster but he’s used just the right amount and delivers some laugh out loud moments. 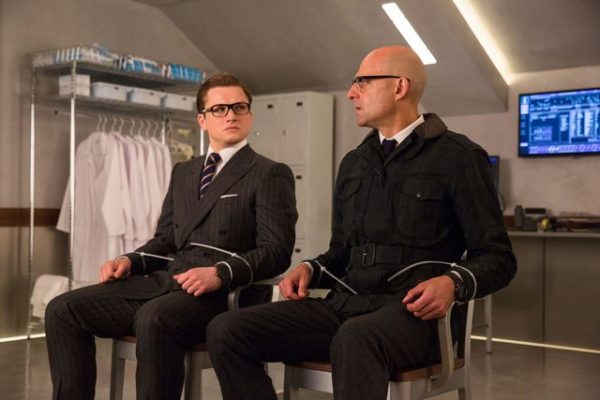 There are however, a lot of weaknesses in this sequel. Julianne Moore’s villain Poppy has a ludicrous plan that makes zero sense, the middle half feels bloated and you can tell there were scheduling conflicts as Channing Tatum is badly underused and disappears after about 10 minutes of screen time. But the biggest gripe is the “sex scene” that everyone’s been talking about. Eggsy needs to plant a tracking device on a female target. For some reason this device needs to be inserted into the body via the vagina and the audience have to sit through a really uncomfortable fingering scene. Perhaps on paper this was funny but there were no laughs in the screening I sat in. It’s a misstep that almost derails the whole film. Luckily it pulls it back with a fantastic action packed finale and a decent set up for part 3.