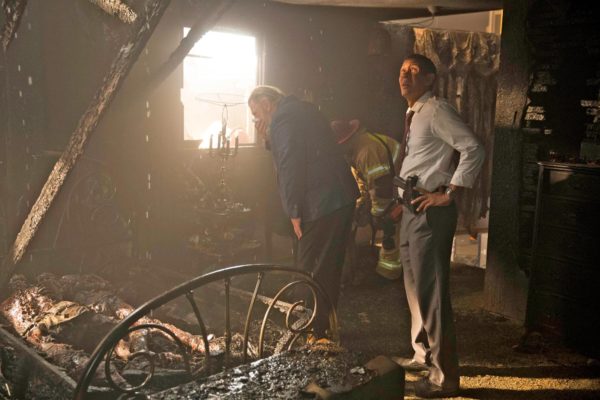 There are whispers around the campfire that David E Kelley might be in contention for an Emmy award. Mr. Mercedes has made a lot of noise with the focus on character, slow burn approach and uncompromising attitude towards its source material. Harry Treadaway and Brendan Gleeson lead the charge in bringing to the screen a detective yarn of depth, unsettling violence and psychological breadth. What started out as unwieldy, difficult to categorise and seemingly slow in parts has blossomed into a thought-provoking piece of television. Much of that has to do with the supporting cast around Gleeson and Treadaway who counterbalance their central dynamic.

Scott Lawrence as Pete Dixon is essential in giving Hodges some much-needed sense of perspective. Supportive yet sensible, he keeps his old partner on the straight and narrow adding a dimension to their relationship which goes beyond professional concern. Genuine worry seeps between the cracks of their conversations, while Ida Silver does something similar on the domestic front. 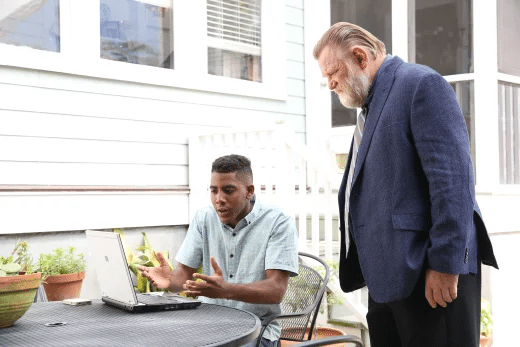 Hodges is in need of a guiding female hand and Ida represents that more than either Janey or Holly Gibney ever did. Ida is forever the bridesmaid and never the bride, while Holly gives Bill the daughter he never really had. Similarly Jerome and Holly work well together building a bond with this old curmudgeon whilst slipping into another relationship of their own. What comes through with all of these bit part players remains how well the casting has been done. This world lives and dies on the believability of these people and so it is that we find ourselves drawn deeper into this murky world of techno trolling due to their commitment. No one it seems is more focused than Harry Treadaway who goes further than most young actors might consider given choices.

His Brady Hartsfield continues to surprise, repulse and sink deeper into his own psychosis. Rotten corpses, ritualistic car bombings and mother complexes are only the half of what lurks beneath the Hartsfield hood. Drawn straight from the mind of master storyteller Stephen King this techno bogeyman for the modern age revels in information technology. His domain is our laptop, desktop or mobile phone. Able to break in, manipulate and misinform, Hartsfield goes one better than the average King miscreant by inducing fear through technological convenience. 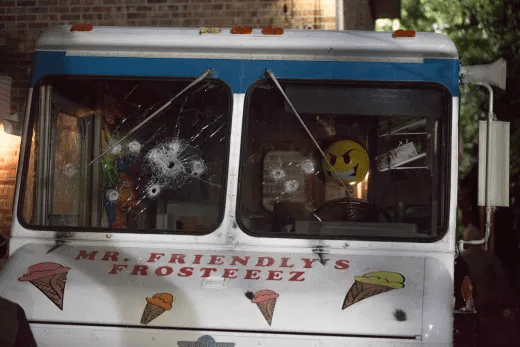 Using ice cream truck imagery King offers up murder with a Flake 99 and epitomises disaffected generations as capable of more than just working dead-end jobs and playing WOW. Here is someone hell-bent on making sure others never make their future bright. Planning, plotting, pinpointing and executing just as the police begin closing in. If anything as we reach this the penultimate episode momentum seems to be driving us towards an entertaining conclusion. Packed solid with beatings, fire bombs, clandestine police searches and a subtle nod towards Fincher’s ‘Seven’, makes this episode come alive.

Overlooked quality television sounds like a contradiction but Mr. Mercedes has certainly created that reputation for itself. Nuanced character work, nauseating yet effective and certainly memorable, you would be unwise to miss out and let this one slip through the net.