While nowadays most know actor Seth Green as the voice of Chris on Family Guy or a co-creator of Robot Chicken, it’s easy to forget his humble beginnings as a child actor, and in particular his role in the 1990 miniseries It. 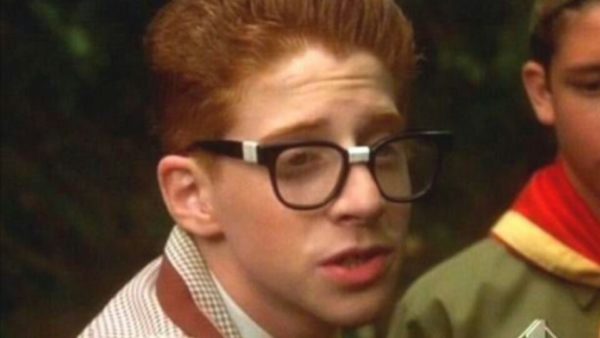 During a Thursday night panel at New York Comic Con for Crackle’s SuperMansion: Drag Me to Halloween, Green, an executive producer on the show, was asked by a fan to recount his fondest memories from being a 15-year-old on the set of It. In addition to answering the question, Green offered up his thoughts on the new It, including Finn Wolfhard’s performance as the comedian of the Losers’ Club, Richie Tozier.

Green said, “I thought that new version was awesome. I was excited to see the whole thing rendered with an R-rating. I love Finn, that kid from Stranger Things who plays Richard Tozier. He was fantastic. I thought all the kids were great. I don’t know, it was awesome. I loved it.”

The actor went on to praise Stephen King, author of It, calling him a modern Shakespeare. On his It miniseries experience, Green shared that he was thrilled to be working with such actors he idolized as Tim Curry (Pennywise the Dancing Clown), John Ritter (older Ben Hanscom) and Harry Anderson (older Richie Tozier), the latter of which he spent time with to get down the symmetry between the young and old versions of Richie.

Last month, Green posted a picture to Instagram of him at a screening of It, with a caption saying: “Well that was fantastic. Bravo, all involved! Beautifully made, and SCARY.”

Andy Muschietti’s It is still tearing up the box office, even as it comes up on its fifth weekend of release, with a domestic and worldwide gross of just under $300 million and $600 million, respectively.