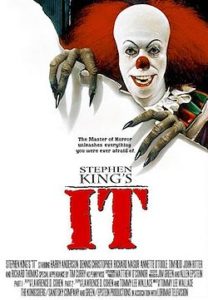 A group of childhood friends are reunited after a spate of gruesome murders in their former hometown suggest the return of “IT”, a shape-shifting demonic entity that has terrorised the community for decades, possibly even centuries. Stephen King has written a lot of books. Like lots of them.

Among his vast bibliography, one work has stood out as one of his most iconic and popular works; the mammoth 1986 novel simply titled It, a terrifying coming of age tale that resulted in everyone hating clowns. It’s also a book that has recently re-entered the public conscious thanks in no small part to the critically acclaimed big screen adaptation that has devoured the box office competition and become one of the most successful horror films ever made.

However, I’m not going to talk about the version that everyone now loves. Instead, I’m going to take a look at the last time King’s mammoth work was adapted for the screen (albeit on the small screen) in the form of the very dated and frankly goofy 1990 TV miniseries It.

Told in two parts, the miniseries manages to semi-successfully condense King’s lengthy 1000+ page novel into a workable narrative, adopting the novel’s technique of jumping back and forth in time as it follows the “Losers Club” in their childhood and adulthood, with two sets of casts portraying the characters.

Part 1 is largely told in flashback, focusing on the “Losers Club” as children and their initial encounter with “IT”. The cast of young actors (including a young Seth Green) do an excellent job at creating a likeable group of heroes, with their shared status as social outcasts making them incredibly relatable and sympathetic protagonists, as they attempt to navigate a life of bullies, abusive parents, dead loved ones and of course, the titular monster. 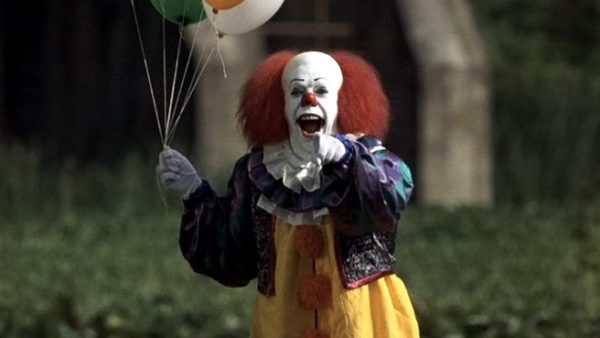 I especially want to give praise to Brandon Crane as young Ben Hanscom, a deeply sympathetic character whose torment at the hands of the sadistic bully Henry Bowers makes for particularly uncomfortable viewing, but also makes his eventual triumph against to Bowers equally satisfying.

Although, the performance of the kid playing Georgie, whose love of his paper boat leads to his doom, still bugs me even after all these years. The damn kid treats the sudden appearance of a creepy clown in a sewer like the most normal thing in the world. FUCK THE BOAT! RUN YOU BLOODY IDIOT!!!!

Part 2 which focuses on the Losers as adults (they do appear in Part 1 albeit in more of a supporting capacity) is also gifted with a fine cast who all do a mostly decent job. Although the adult actors performances can sometimes lapse into somewhat hammy territory with their rather awkward delivery of some lines feeling like it would be more at home in a bad daytime soap opera.

Regardless of the oddity of some line readings, the cast does a fine job at maintaining the likeable and sympathetic nature of the characters as captured by the child actors. I especially liked the late John Ritter’s performance as an older Ben Hanscom, retaining the sympathetic and likeable edge of his younger counterpart. Harry Anderson’s turn as an older Richie Tozier (Seth Green in Part 1) is also spot on him managing to inject a helpful dose of corny humour when proceedings become a bit too melodramatic.

The real star of the series and quite frankly the only reason people even remember this series is the legendary Tim Curry’s deliciously over the top and evil performance as Pennywise the Dancing Clown, the favourite form of the titular monster. 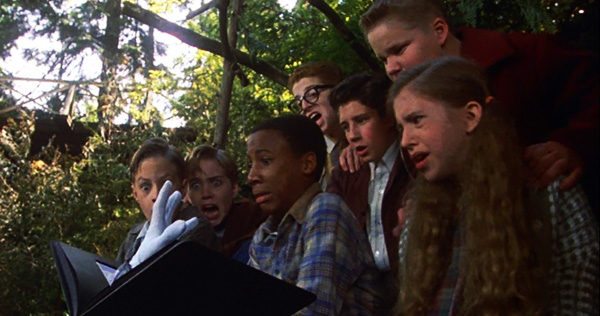 In a performance that’s often cited as the reason why everyone now fears clowns, Curry excels, as always, at creating a truly memorable villain, with his nearly unrecognisable appearance and darkly comic delivery creating quite a lasting impression.

Although, the years have dulled the fright factor of Curry’s performance, with his over the top, wisecracking portrayal of the character mainly being a source of bad jokes about Prince Albert. Well, he is a clown after all. Regardless of its lack of horror appeal, Curry’s performance is still the most entertaining part of the miniseries and never fails to raise a nervous chuckle. Plus, Tim Curry is the main reason why I hate clowns today.

Understandably a great deal of these darker more adult elements has been either removed or toned down to meet the needs of 1990s network TV, with the language and violent content being heavily dialled back. We don’t get much in the way swearing but we still do get bloody balloons aplenty popping left and right.

While I can’t comment on the overall tone of the book itself (I’m still reading it as of writing this review), it has so far had a very dark tone to proceedings, a dark tone that seems to have been almost entirely lost in the transition from page to screen, with the series often coming off as a bit campy at times which ruins the horror of proceedings. The first part also at times seems to be trying to be a different Stephen King adaptation, more specifically Stand By Me, what with its themes of childhood friendship and coming of age shenanigans. While that is present in the original book (and a few other King works) its translation on-screen seems like it owes a bit too much to Rob Reiner’s 1985 film.

The second half is also a weird one in terms of tones, with its story of old friends reunited coming across on-screen as less of a chilling horror story and more like a made for TV remake of The Big Chill, complete with scenes of reminiscing being scored by old 1950s songs. If I wanted to see The Big Chill, I’d watch The Big Chill, and really so should you dear readers. It’s really good.

While these story beats might make sense in the larger context of the plot it does render the series as distinctly lacking in scares, a feeling that is not helped by Curry’s larger than life performance. And that’s before the tone is utterly ruined by the lackluster climax that reveals the incredibly stupid true form of the titular monster, a giant spider type thing that looks like something retrieved from the bin outside of Ray Harryhausen’s house.

The pacing of the series is also another issue with it being rather slow at times which while allowing deeper character development, leaves the series feeling rather boring at times. And when you’re series clocks in at 3 hours, you can really feel your arse getting numb watching it. My advice, watch it in parts dear readers. 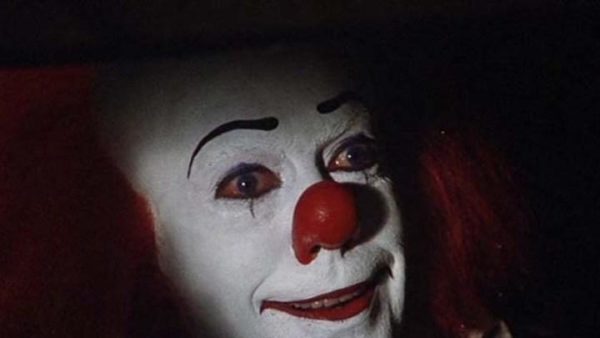 Overall, the original 1990 miniseries of It is something that has very much lost its edge with age. It just isn’t scary. However, thanks mainly to Tim Curry’s incredibly entertaining performance as the titular monster, It is still a somewhat entertaining (if overlong) adaptation of what is arguably Stephen King’s most popular work.

If you want a more faithful and much darker interpretation of It, I’d go with the recent cinematic version, but if you want a nice piece of cheesy nostalgia then you can do a lot worse than this slice of cult 90s TV.