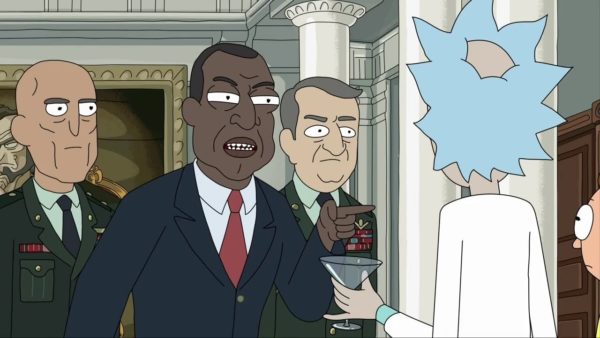 Rick and Morty season 3 has arguably been the show’s best season to date, and it came to a close this past weekend with the season ‘The Rickchurian Mortydate’, an episode that did everything a season finale could be expected to do – wrap things up thematically, and set up loads of potential storylines for the following season.

Let’s get rid of the elephant in the room first, shall we? When promos dropped last week, revealing that the President of the United States was going to be involved in this episode, fans everywhere began to speculate that ‘The Rickchurian Mortydate’ would see the return of Evil Morty, who was seen last seen being elected as President of the Citadel. This turned out to be an effective bit of trolling from Harman and Roiland, as the character was not even referenced in the episode. Some fans appear to be outraged by that decision, but, come on, have you ever watched Rick and Morty before? It took the show two seasons to bring the character back to our screens, and I wouldn’t be surprised if that isn’t the case again. The show has never been concerned with that kind of continuity, it pretty much just does what it wants, and I’m fine with that. One of the great things about the show is just how much it keeps fans guessing, so leaving Evil Morty out of here, as frustrating as it was, is a decision that sits fine with me. 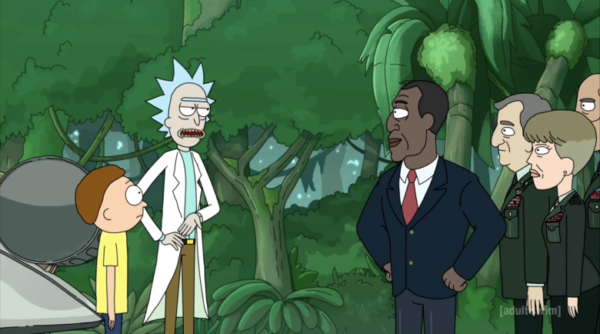 The main plot of the episode focused on Rick and Morty’s interactions with the POTUS and how he could not control the duo, despite his best efforts. The middle section of the episode was basically Rick and Morty leading the POTUS on a wild goose chase, while they went around solving all the world’s problems and undermining his authority at every turn.

This all culminated in a straight up fight between Rick and the President and the ensuing fight scene was great. The show has shown a real visual flair with fight sequences this year (see Pickle Rick) and this episode was another fine example of that. The sequence where The President was chasing Rick through the White House was inspired and the appearance of the two twin assassins was brilliant.

One of the funniest aspects of the episode was the interactions between Morty and the President. The two’s back and forth exchanges had me in fits of laughter and Keith David, who lends his voice to the Commander-in-Chief deserves a lot of credit for his hilarious voice work here.  The ongoing joke about Morty wanting a selfie with him was played perfectly and Rick’s commitment to getting Morty what he wants was a subtle way of showing us how far he has come emotionally. 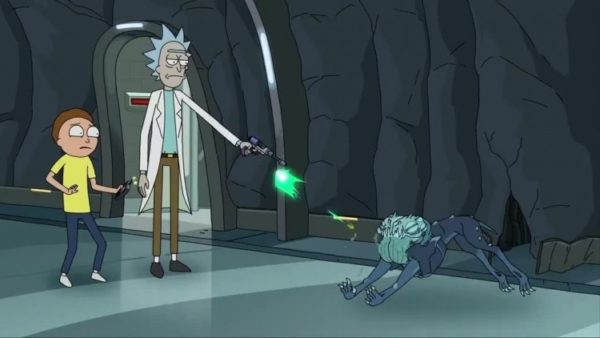 With this being the season finale though, Rick and Morty had to leave us with a few questions, and thematically, the show’s ending was the perfect way to go. Beth spent the episode having another existential crisis, this time wondering whether she was a clone or not following on from Rick’s proposal to clone her in last week’s episode.

This led to her reuniting with Jerry and the family telling Rick that they were better off without him. This all leads to a standoff outside a cabin, with Rick being forced to confront his situation and noting that, if he really wanted to, he could just switch timelines again and start somewhere new. The episode then ends on a slightly ambiguous note, with Rick simply tricking the President into thinking that he is now ‘Flyfishing Rick’ and then returning back to the family, with Beth telling him ‘This is just going to be like season one, only more streamlined.’

From a thematic point of view, this takes stuff in a logical direction. There was only so long the show could live on Rick and his nihilistic ways, this season has taken the whole family to new places and for the show to continue, Rick, and his seemingly God-like abilities, needs an Achilles heel, and that appears to be his attachment towards his family. Where Roiland and Harman will take the show from here is anyone’s guess, but the fact that Rick has seemingly given in so easily leaves plenty of questions – Is Beth really a clone? Can Rick co-exist with Jerry in a world where he is not valued? Will he actually jump dimensions again, if he hasn’t already? And where the hell is Evil Morty? 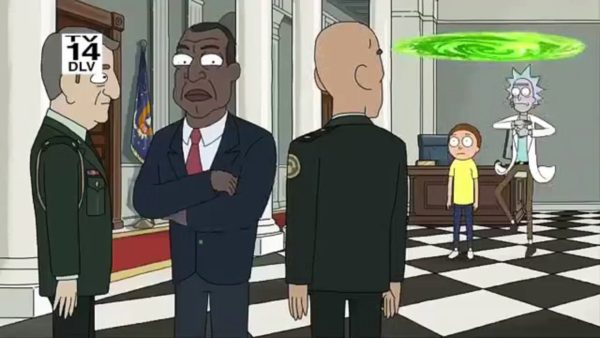 The episode’s post-credits scene reunited us with Mr Poopy Butthole, with the much-loved character telling us, as he did at the end of last season – that season four will probably take a very long time and that we should all do something with our lives while we wait. Rick and Morty season 3 has perhaps been the show’s best to date and The Rickchurian Mortydate was a fitting conclusion.

SEE ALSO: Rick and Morty could get an extended fourth season

What did you think of The Rickchurian Mortydate? Let us know in the comments below, and let Liam know on Twitter @liamhoofe