WARNING: OBVIOUSLY SPOILERS ARE IN THIS POST. INCLUDING THE ENDING OF THE FILM. IF YOU’RE WORRIED ABOUT THINGS BEING SPOILED, GET OUT RIGHT NOW. RUN AWAY AND NEVER RETURN. ALTHOUGH COME BACK FOR THE LATEST MOVIE NEWS REVIEWS, AND OPINIONS. 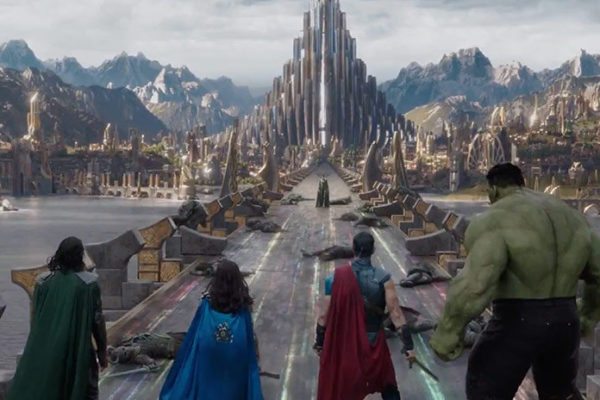 Thor: Ragnarok hits cinemas next week and we here at Flickering Myth were lucky to catch an advance screening of the movie [read our review here]. And as is tradition here at The Myth, below are is what you can expect from the post-credit sequences from the third solo movie for The God of Thunder.

With Thor now leading the Asgardian people following the destruction of their home world, The God of Thunder and his brother Loki talk about whether it’s a good idea for him to take The God of Mischief back to Earth. Thor says it will be fine because he himself is popular, and what could possibly go wrong? Suddenly, their ship is dwarfed by a much larger one – a ship we presume is owned by Thanos.

What’s interesting here – as it will tie into Avengers: Infinity War – is that before Loki unleashes Surtur to destroy Asgard, he stops to look at The Tesseract – which has been in Odin’s palace since The Avengers. One can assume that he picked it up once again, and that’s why Thanos is targeting them… 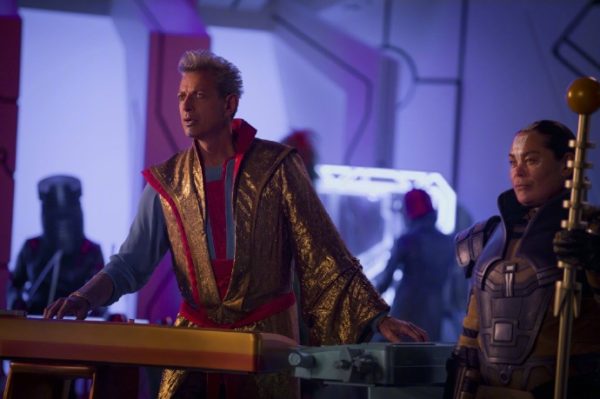 In the actual post-credits, we see the aftermath of the revolution on Sakaar, and The Grandmaster falling from his ship with two ladies. He congratulates the cannibalistic tribe outside of the boundaries on having such a good revolution and they should all be very proud of themselves. They then circle in on him, presumably spelling the end of Jeff Goldblum’s stay in the MCU.

Thor: Ragnarok is being directed by Taika Waititi (What We Do in the Shadows) and features Marvel veterans Chris Hemsworth as Thor, Tom Hiddleston as Loki, Anthony Hopkins as Odin, Idris Elba as Heimdall and Mark Ruffalo as the Hulk alongside Cate Blanchett as Hela, Tessa Thompson as Valkyrie, Jeff Goldblum as the Grandmaster, Karl Urban as Skurge, Taika Waititi as Korg, Clancy Brown as Surtur, Rachel House as Topaz and Tadanobu Asano as Hogun. It is set for release on October 24th in the UK and November 3rd in the States.