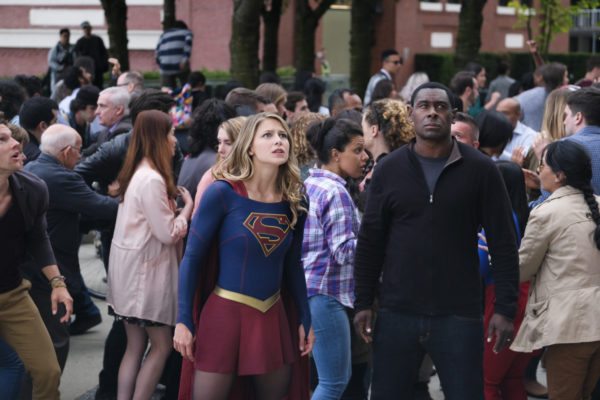 This opener has a familiarity, hard edge and darkness which instantly brings it to life. Following directly on from Mon-El’s departure Kara is isolating herself off from family and friends, focusing solely on Supergirl. After the Daxamite destruction which crowned season two National City tycoons are taking advantage of the urban renewal, by gleaning profit and ignoring those in need. Adrian Pasdar’s Morgan Edge epitomises this selfish approach whilst hatching nefarious schemes behind the scenes. Katie McGrath stands as his only opposition within the business world and much of the episode is spent trading barbs with him.

James, Winn, Alex, Maggie and Hank dance to the beat of a Supergirl as Kara keeps it all work, dispatching criminals ignoring and everyone. Benoist adds nuance and soul to a performance which could have been so one note, but her emotional barriers show another element to Kara which adds interest. An unveiling of a Supergirl statue unintentionally mirrors Dawn of Justice, while her emotional instability makes things far from cut and dried. 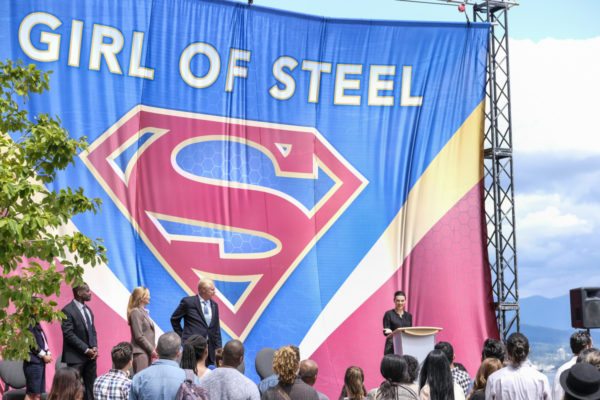 There are the usual threats to be confronted and cameos from your favourite CATCO owner but ‘Girl of Steel’ consciously moves away from softness, millennial mooning and feels mature. Dream sequences also mirror Ridley Scott’s Gladiator without directly ripping them off, which also underpins deeper themes within the show. Frustrations, confrontations and arguments feel more grounded and believable as Benoist shows flashes of cynicism, drowning the American apple pie image that threatened to limit the character.

Relationship issues between Alex and Maggie are touched on but only serve as minor touchstones within an episode that is Kara centric. Requisite cliffhangers are in place and intrigue you which smacks of a programme playing the long game. More subtle themes are also touched on including big business involvement in print media and to what extent that can be manipulated. Coupled with issues of profiteering off housing schemes and Supergirl suddenly grows teeth using comic book feats as mere window dressing for other things. Where things come unstuck slightly is in the character development of villainy within this world. 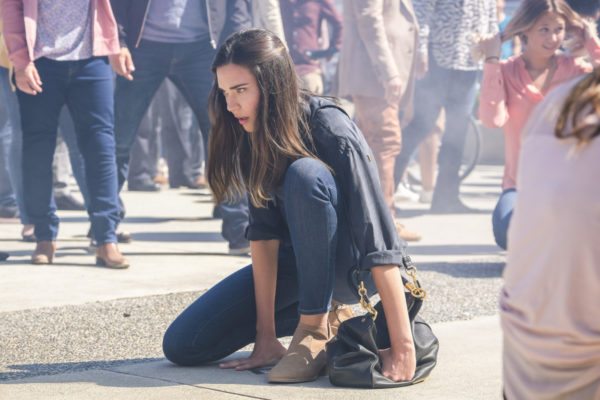 Morgan Edge is stereotypical, slick and untrustworthy while the reoccurring threat throughout this episode remains tissue thin. More a means to an end than somebody tangibly evil this man has credentials but no time to establish himself. My hope is that this forty odd minutes serve purely as an introduction to what the other twenty odd episodes may bring. That being the case then you might say Supergirl has provided us a good opener, filled with the familiar, peppered with a curveball or two and ripe for expansion.