Jessie Robertson reviews the season 4 premiere of The Flash…

Team (Kid) Flash is back in Central City and a new threat emerges just as Barry is brought back. 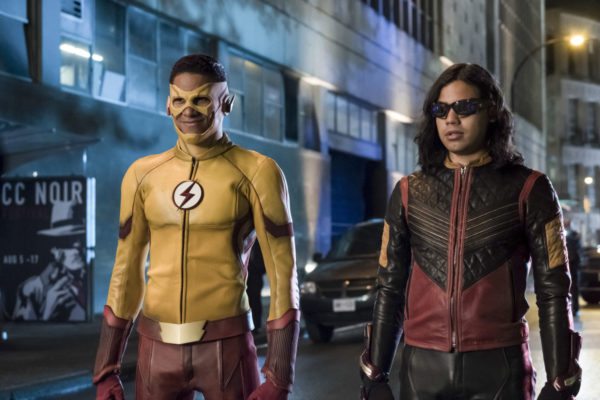 Last year The Flash took a dark turn and it wasn’t for the best; we return to a time when Iris is somehow running Star Labs (despite not having any type of degree in any field of science). When a Samurai shows up threatening Central City unless he faces the Flash, the team scrambles to find a solution, with Cisco revealing he’s been secretly working on a plan to bring Barry back from the Speed Force while tricking it into thinking he’s still there. Cisco succeeds, but Barry is not quite the same as he was when he left; Caitlin, who seems back to normal, is recruited back into the fold to help Barry return to his normal state of mind, all while the flying samurai master looms over the city and our heroes.

The Flash’s greatest season (season 1) worked so well when a group of nerds became super heroes. The humor, the awkwardness, the amazing effects, that’s The Flash we miss. While bringing Barry back, besides his mind slip for most of the episode which saving Iris seems to have brought him back, was a foregone conclusion for the show to work, pieces of Flash seemed to have trickled back in. Even discounting the fact that all the CW shows are very much 90’s television format and way behind the times, it is what it is. 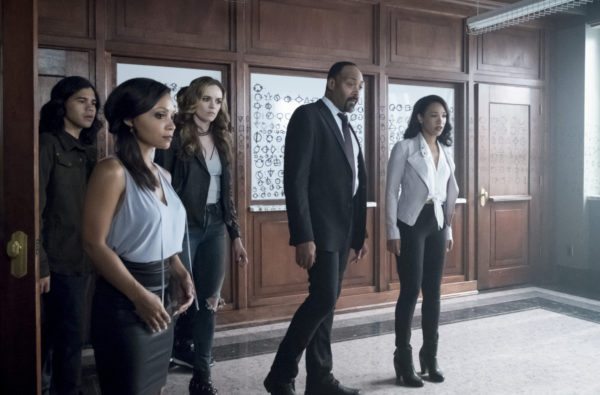 Flash Reborn is simply that; the title of the episode and not a change in any format so far. Iris is at both times insecure and strong, and despite giving a whole dialogue about why she didn’t want Barry back, makes no logical sense. Samuroid is just that; villain of the week but one that gives us a clue into our new super villain of the year. While Cisco was on point (“I Hate teleporters”, “Great Caesar’s Ghost”) the season opener was merely a vehicle to bring Barry back and maintain status quo.