Rachel Bellwoar reviews the series premiere of The Gifted… 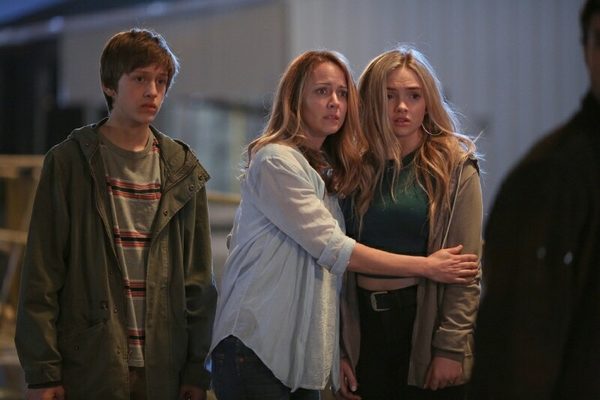 To be honest, knowing nothing about the X-Men besides Legion (and that show’s not exactly training wheels), Stephen Moyer and, even more so, Amy Acker were my first reasons to watch The Gifted. Then came Jamie Chung, and her solid guest arc on Gotham; Emma Dumont, who falls under the Bunheads rule that anyone from the cast of Bunheads is always a reason to watch; and Garrett Dillahunt, who hasn’t appeared on the show thus yet, but can do no wrong since his terminator days on The Sarah Connor Chronicles.

To tee off this review, however, I’d like to start with a new reason I’ve acquired to watch The Gifted: Natalie Alyn Lind. I had completely forgotten Lind’s recurring role on Gotham, but Lauren Strucker beats Silver St. Cloud any day, and as the older sister who’s known about her mutant abilities for a while, there’s a lot to be explored with her character.

It all snowballs from Lauren agreeing to drive her brother, Andy (Percy Hynes White), to the school dance. Recently bullied at school, Andy has no problem making an appearance, but his parents want to keep him at home. It sounds like they always want to keep him at home, and maybe that makes sense. It’s not unheard of for parents to be protective, but at the time it seems awfully like an attempt to stow Andy indoors, so no one finds out that he’s a mutant. Their reaction to learning he has abilities tells us they didn’t know, but there’s a chance their denial could run deep, and they’re in for a big adjustment either way. 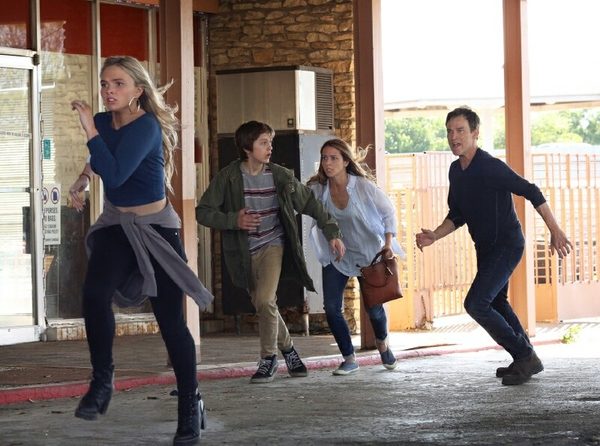 Cornered by his bullies, Andy’s powers are triggered, causing serious damage to the school. At first Lauren seems slow to appear. She notices something is off right away, but keeps dancing for what seems forever. Once she shows-up, however, she knows exactly what’s going on, which puts her ahead of everyone else in her family. Gifted with the ability to create force fields, Lauren’s been living with her powers in secret, and while there’s no time to hash that out much this episode, it’s going to become a sticking point in the future.

The fact of the matter is she didn’t trust her parents to handle the truth, and they haven’t done anything to prove her wrong. Kate and Reed want to give the authorities the benefit of the doubt. They would if circumstances were less extreme. They’ve aided and abetted mutants because of their kids, but haven’t really accepted what they are.

Moyer has the better adult role so far, as the father torn between two worlds. A prosecutor who often tried cases against mutants, an early scene between him and Dupont’s Polaris attempts to demonstrate how he gives mutants the benefit of the doubt. Mostly, he looks cocky walking into her cell completely defenseless. As the person usually sporting blue hair, Amy Acker is always awesome no matter the part, but her reverse casting, as the mother who gets pushed to the ground, can be distracting in light of her TV past. 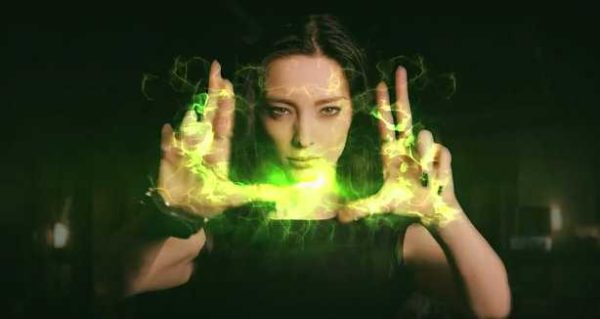 Dupont is working the green hair (everyone in this show has great hair), and is completely convincing throwing electricity around. Part of the Mutant Underground’s efforts to skip Mutants out of the country, her character ends the episode locked in a detention center, which makes Moyer more the (compromised) inside man.

There’s nothing offensive about this pilot. There are cheesy moments. Kate and Reed are a cute couple but that they find the presence of mind to be cute when their children are on the run earns a “Get a room, parents,” response.

There are shortcuts. Kate wearing scrubs to her meeting with Andy’s principal is sure to mean a useful fix for injuries that befall them, but the special effects defining each mutant’s abilities are clear and specific, the robot spiders are a 21st century update on the hunting spring trap, and there’s just too much to enjoy in this pilot to make much of the quirks. There are X-Men fans who will prefer Legion and its complications, but for my money The Gifted is the show I’d rather watch.