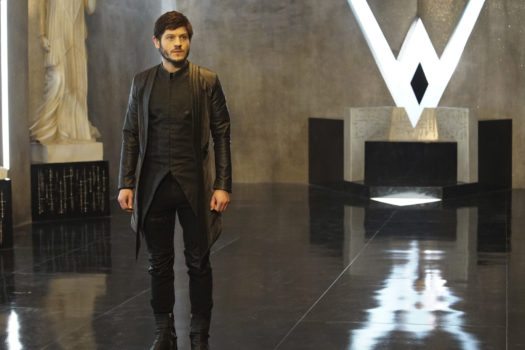 Having established the majestic setting and regal qualities of this royal family before undermining it with mutiny, Inhumans has put firm foundations. Episode three only carries on these themes as further plotting, social manipulation and infighting continues. What we have here then is a comic book tent pole series propped up by political intrigue, individual flashbacks and hand to hand firefights.

With Black Bolt detained and Medusa lost without food, money or currency, while Gorgon and Karnak are also missing in action, too much time gets wasted. Maximus manipulates, Crystal vows support before obviously going against her treacherous brother, while an underwritten Louise Fisher is listened to by nobody. Ways round the essentials such as food, clothes and cash are too conveniently solved with laughable contrivance, while Maximus spends a lot of time treading water. 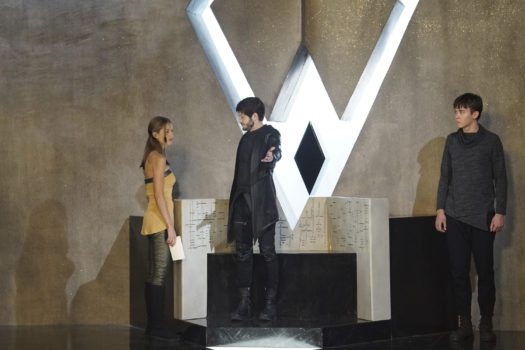 Inhumans is great to watch for that forty minutes and change that ‘Divide and Conquer’ lasts but afterwards you feel strangely indifferent. As pretty as the scenery and effects might be this series still suffers from tonal imbalance, which comes from jumping between different worlds. Plot wise little is surprising apart from the flashback moments which shed light on younger versions of our main protagonists. Unfortunately these are over too quickly and leap back to a present which tries being a revenge drama, but somehow lacks the narrative chops to pull it off.

This is nothing to do with the actors though as those portraying Gorgon, Karnak, Medusa, Black Bolt, Karnak and a handful of other newbies are committed. However contrived the situation, whether we are talking a pitch battle with some ex-Marine surfers, or a truncated prison yard beat down, everyone on-screen works hard. Iwan Rheon gets the most screen time being our benign villain in situ using calming platitudes, grandstanding speeches and whispered supplications to get his way. Anson Mount and Serinda Swan look the part but Mount has nothing to do but look moody, while Swan looks lost but comes to terms with her surroundings much too quickly. 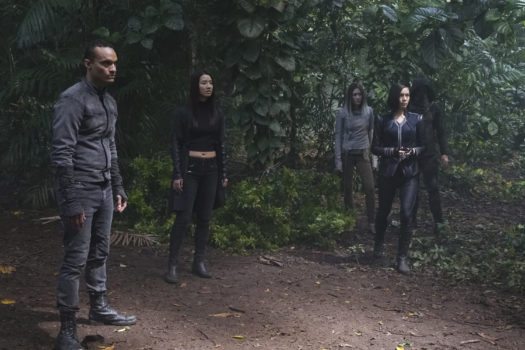 There are subtler moments in the prison between Black Bolt and his cellmate while the mysterious Doctor offers up an opportunity for things to at least engage a little more. References to other Marvel characters alive in this universe are also welcomed, but this tends to remind the audience where Inhumans is lacking. All style and restricted substance are the watchwords on this show which tries so hard to establish itself alongside its contemporaries, but somehow falls short. Watchable, fragmented, tonally problematic and sporting a paper-thin plot line for characters who deserve better. This show will retain a fan base built on past glories rather than moment to moment televisual victory.