Martin Carr reviews the fourth episode of The Orville… 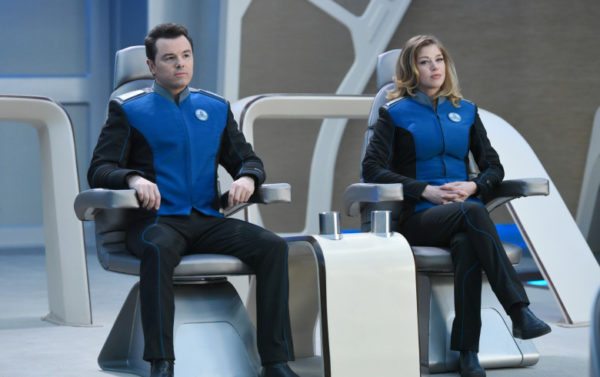 There are scant moments of genuine humour this week in an episode which feels like someone kicked into autopilot. ‘If The Stars Should Appear’ is a by the numbers Star Trek mission which verges on cliché rather than pastiche. For once the limited run time hampers a plot which could have done with another thirty minutes to expand on character, motivation and resolution. Only Bortus and Klyden offer up any honest emotional resonance, as their on board relationship is subtlety alluded to. However such instances are conspicuously absent thereafter, as a few running gags miss the mark, stereotypical scenarios unfurl and villains prove to be paper-thin.

LaMarr and Mallory swap one liners whilst piloting the ship and conflict is created but resolved far too quickly. Production values remain consistently high but this episode provides The Orville’s first weak link in a run not yet at the midway point. Unfortunately because the overall set up feels lacklustre any high points get lost amongst the mediocrity. Also the gag ratio is surprisingly low while any humour that does make you laugh only provokes a smile at best. MacFarlane, Sage, Palicki and Mark Jackson’s Isaac do the best they can with this material, but ultimately it lacks invention, feels uninspired and just plain disappoints. 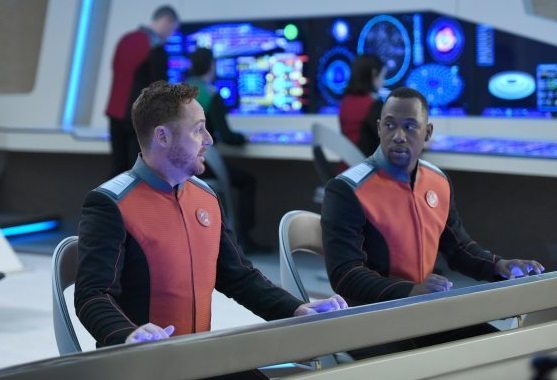 After great opening episodes The Orville felt capable of delivering a series of home runs and was genuinely thought-provoking and enjoyable. MacFarlane had things to say, a science fiction series he loved and seemed to approaching it with fresh eyes. What this shows if nothing else is that even he has average days. Other reviews have jumped on this episode as some indicator of things to come, but I think it only fair to reserve judgement. There was nothing really wrong with the show it just lacked a plot line with undercurrent choosing instead to purely entertain.

My initial thoughts after the first five minutes was that maybe MacFarlane had gone darker. Crews in peril combined with deserted and unmanned vessels all screamed Event Horizon. Had he chosen to go in that direction then ‘If The Stars Should Appear’ had the potential for greatness. Unfortunately what we had instead felt like a missed opportunity, lacking the precise writing, spot on sight gags and subtle allegorical content we were used to. If he fails to get this back on track next week MacFarlane’s never ending victory lap could morph into something more unpleasant. 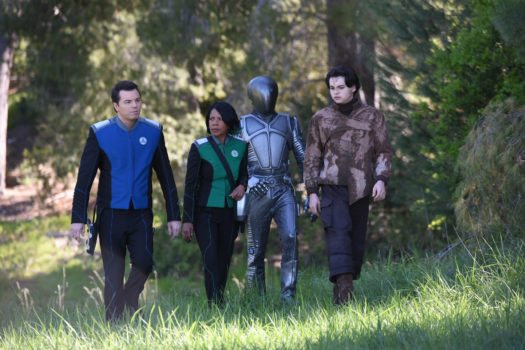 However a word to the wise and every other internet ambulance chaser out there before you start hammering those nails in. Ask yourself how many times Family Guy got cancelled before it found an audience. Wiser people have chosen to underestimate this man in the past and come unstuck so just wait a moment before writing The Orville’s obituary.