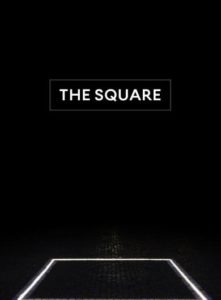 The Square is a poignant satirical drama reflecting our times – about the sense of community, moral courage and the affluent person’s need for egocentricity in an increasingly uncertain world.

Practice what you preach, no matter the circumstances. It’s the main take away from Ruben Ostlund’s (Force Majeure) Palme d’Or winner The Square, but also the easiest for a mainstream audience to grasp. Laced with satirical comedy regarding political correctness, morality, viral social media infamy, absurd jokes so erratic only the director himself could explain their purpose (how about a chimpanzee residing in and wandering about the character of Elisabeth Moss’ abode before she and Christian, the art curator she is beguiled by, lock the bedroom door handles in preparation for sex), the borderline 2 and a half-hour idiosyncratic affair assuredly breezes by on its predilection for weirdness.

Juggling multiple primary plots at once, The Square sees Christian (Claes Bang sporting a snobby appearance complete with glasses) brainstorming with a marketing team on how to generate public attraction for his latest exhibit (a literal white square where its occupants must “all share equal rights and obligations”) , clumsily handling the theft of his cell phone and wallet, casually flinging with an American journalist played by Elisabeth Moss (passively asserting power based on her infatuation with him), and raising his distant young children whenever it’s their turn to live with him. The only misfire here is that none of these connected jigsaw pieces fully form into a bigger picture; The Square is essentially a compilation of truly bizarre sequences. Some of them entertain more than others, with the cream of the crop serving as outrageous highlights of one bewildering slice of cinematic lunacy. 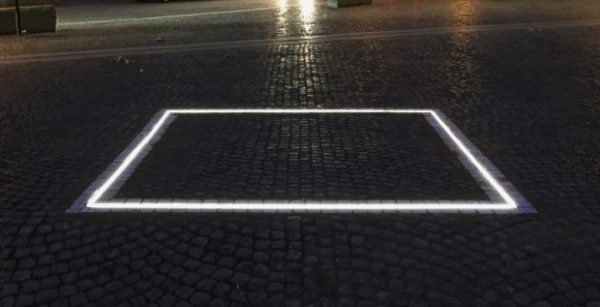 Much of the first two-thirds function as a screwball situational comedy (the entire plan hatched to retrieve Christian’s stolen items is one of its most entertaining stretches), before shifting into full-blown drama pushing all of the underlying themes found within the humor to the foreground. The final act is where the film weaves a few of these zany scenarios into something far more complex that asks Christian deep moral questions, and by extension demands the audience to juxtapose all of it with their own lives. Theoretically, it should be common sense to practice the Golden Rule, not even for religious reasons, but for the sake of being a decent human being. Unfortunately, the land of Sweden (and the world in general) is littered with homeless beggars, thieves, probable assaulters, profiling by way of race and social status, all of which Christian frequently tends to ignore or partake in despite his artistic aspirations.

Although the ending 30 minutes or so of The Square are somewhat of a snooze that could have been trimmed down (a tighter runtime would benefit the overall experience and this is the area to make cuts), the transition between genres isn’t jarring, thanks to a short-lived but impacting performance by motion choreographer Terry Notary (he’s responsible for the lifelike movements found within the recent and outstanding Planet of the Apes trilogy) that embodies both joyous fun and outright horror. Without spoiling it (also, the entire movie should be gone into blind so the sheer randomness of it all clicks and surprises), a dinner Gaia spirals out of control. Reflecting the conclusion of this enrapturing set-piece, the tone sticks with a somber and contemplative mood. It’s a sequence so elaborately disturbing that even though Terry only has one scene in the entire movie, the post-Q&A with him for the festival screening was packed with intricate discussion and details that lasted for quite a while, and could have gone on longer remaining intriguing. 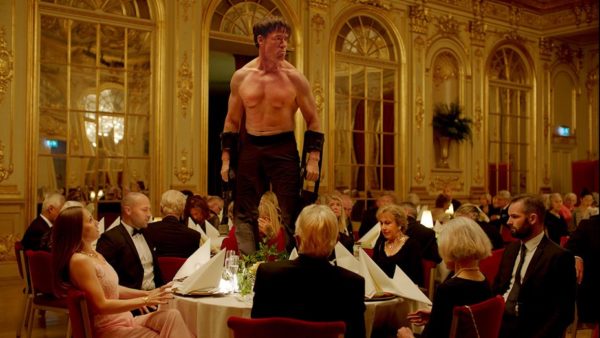 However, whether laughing or studying the characters and the seriousness of Christian’s situation (just about everything that could go wrong does go wrong), The Square is presented with artistic sensitivities. Sure, the mainstream approach to comedy will be enough to offset this for some viewers (it also depends on how much oddball humor they can withstand or connect with), real stimulation from The Square beyond surface observations requires an effort to understand. The clear parallel here is cinema to art; they’re wholly similar in regards to receiving fulfillment based on levels of laborious musing. There’s also the tricky aspiration of simply getting content into a wider cultural spectrum; maybe that’s why the juvenile shenanigans exist. Do artists themselves have to offer compromises?

There are no answers to any of these ponderings, but anyone and everyone willing to accept that it drifts between plot points often ignoring other critical ones for extended periods of time, that risks plunking down some hard-earned cash on The Square should treat the experience as if it were a living, moving artistic exhibit. As a supplement, the cast (including terrific supporting roles that leave an impression) and upbeat electronic music liven up the proceedings. At the very least, come away acknowledging with intent to give the “we all share equal rights and obligations” creed a shot. It’s really not hard to be morally upstanding, so let’s collectively make a change for the better. 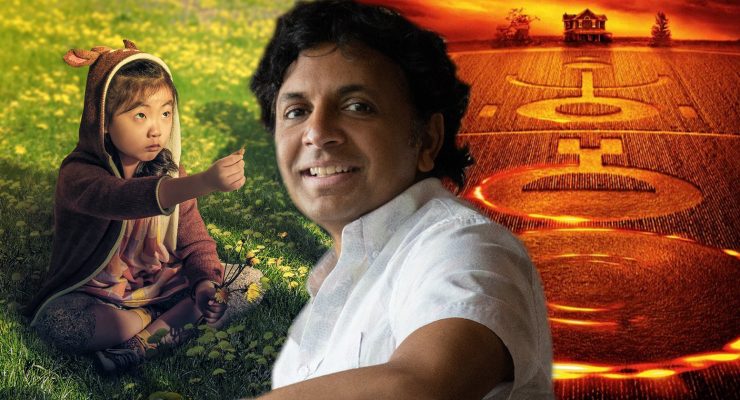