Alex Moreland on the interactive comedy That Moment When… 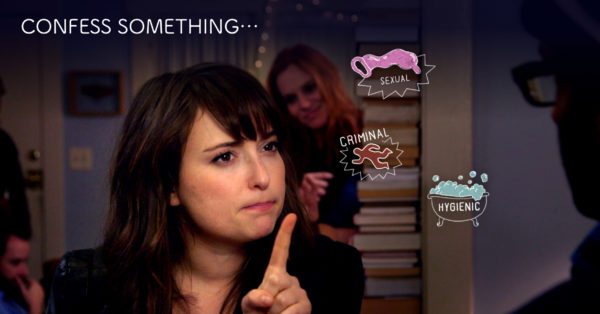 Ever since watching television on the internet became mainstream, there’s been a question of just how far you can push the format. Not so long ago I spoke to the minds behind Otis, a crime thriller where audiences can switch perspectives as the drama unfolds; meanwhile, Netflix is currently in the process of adapting a series of Choose Your Own Adventure novels for television, preserving the same central conceit.

Both, however, have been beaten to the punch by Eko, with their new interactive comedy That Moment When. Centred around a series of awkward moments – the first episode is about that moment when someone recognises you but you can’t remember who they are, the second being dumped in public – the viewer (or perhaps more accurately, the participant) navigates each scenario, to varying degrees of success.

It works pretty much exactly how you’d imagine – audience avatar Jill finds herself in an awkward situation, and from there we get to choose how she’d respond. There’s a broad outline you can’t quite deviate from, but there’s enough variation to give the show a decent amount of rewatch value – in much the same way you could re-read those aforementioned Choose Your Own Adventure novels to explore a different outcome, you can do the same with That Moment When to reveal some new jokes. 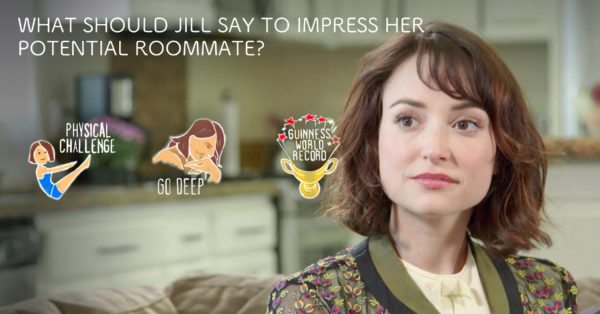 That Moment When stars Milana Vayntrub (Sloane in This is Us, and soon to be Squirrel Girl in Marvel’s New Warriors) as Jill, the character we control through each episode. Vayntrub is nothing short of excellent throughout, with great comic timing; she delivers a heightened performance, in pretty much exactly the way a series like this demands. In a way, it’s almost difficult to imagine the series working as well as it does without her, given how perfectly Vayntrub embodies her role here.

There’s a nice, clean aesthetic to the show – each different option is presented with a pencil sketch cartoon, representing the choice made on Jill’s behalf. It’s a subtle thing, but it’s one that’s important to get right – making sure the options aren’t intrusive, making sure it remains a cohesive whole, keeping it stylish. It’s the sort of thing that could have gone wrong, easily, but the fact that it does work is indicative of the attention to detail across the series.

At times, admittedly, That Moment When can lean a little too closely towards a video game style dynamic, prompting viewers to catch an olive in a wine glass or smoke a cigarette as quickly as they can to escape an unwanted social interaction. It emphasises the “active” part of “interactive”, and it’s easy to see how that could be off-putting to some; nonetheless, these moments are still fairly charming, and rare enough so as to not overstay their welcome. 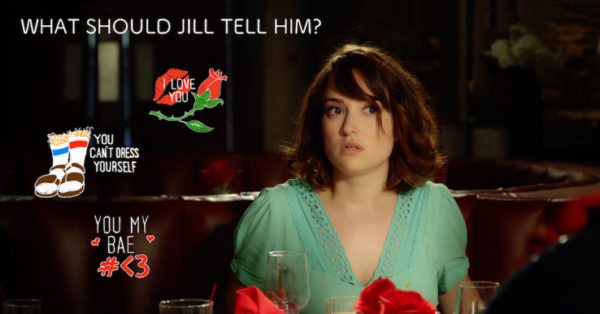 Ultimately, That Moment When is a fun and entertaining offering from Eko; while it’s unlikely this style of programme will be the future of television, it’s easy to see exactly why That Moment When deserves its place.