Alex Moreland talks to Alex Lawther about his new show The End of the F***ing World, his return to theatre, and more… 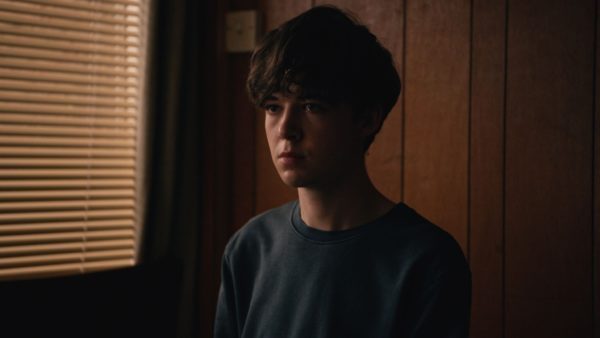 First of all, how did you get involved with The End of the F***ing World? What drew you to it?

What drew me to it at first… Charlie’s writing. Charlie Covell, who adapted the comic books, Charles Forsman’s comic books, had made something which I didn’t recognise as having seen on television before – it was dark and used comedy to express that darkness, and seemed to take an imaginative idea and really go as far as possible with it, which I really like. I like when ideas are gone for and tested to their limit. Yeah, I think it was that, really.

I sort of get the impression that you’re quite careful and deliberate with the roles that you take on. Do you think that’s fair to say?

I suppose so. I suppose I love what I do and I’m so lucky to do it and therefore, yes, it’s important to me that I’m involved in things that I really care about, and stories that I would, myself, like to see told. And so, I suppose, there’s an element of carefulness. There’s also a sense that, as an actor, you don’t often have a lot of choice – in terms of it’s a casting director’s decision, it’s the director’s, producer’s decision whether you do the job or not. So, it’s a mixture of being conscious of the work that I’m getting involved with, but also there’s a lot of other factors outside of my control too. But yeah, I’ve been very lucky to be involved in The End of the F***ing World too because I… I felt that it was unusual and that immediately for me piqued my interest.

So, coming back to The End of the F***ing World, how important do you think it is to have a likeable protagonist?

That’s a really interesting question. I suppose, I read somewhere, someone much more eloquent than me, saying “it doesn’t matter if they’re likeable but they have to be interesting“. You don’t have to like them, but you have to want to know what happens next. Even if you hate them or you’re scared of them or if you… as long as they’re not boring you, because boring is passive.  It’s not so much not being liked… they cause you to be interested in them actively and to see where their objectives are going to take them. Which I think is the analytical way of putting it, yeah.

I read something that you said recently about how you approached the role; not as though you’re playing a psychopath, but someone with sort of a second-hand understanding of what that meant. I thought that was a neat way of putting it, isn’t it, because the series is about pulling away their façades in a way.

Exactly. And the two of them both have a façade and layers of façade, which they, particularly from James’ perspective – Jess [Jessica Barden, Alex’s co-star] will be able to explain much better from Alyssa’s – but my idea of James was that… the idea of being a psychopath was a way of hiding something else and therefore, to be a psychopath for him, was a way of working out… it was a way of making sense of how he found himself to be. Rather than accept a perhaps more painful truth, it seemed sort of easier to self-diagnose himself as a psychopath because that has a certain edge to it where just being a vulnerable, damaged human being, for a teenager, is perhaps less interesting.

In James’ imaginative world, being a psychopath was a way of getting away from himself, I think. And therefore, his understanding of psychopaths comes from what he’s read and from some sort of clues he’s picked up that that seems to be the most logical conclusion. And for him it’s much more preferable than actually having to deal with a sort of more grown up reality. In a really sort of quite fucked up way, being psychopath is easier to accept.

So, on the flipside: as an actor, how much of your performance would you say comes down to choices you make in the moment?

Hopefully when you’re shooting or when you’re doing theatre, you’re responding to something that’s happening opposite you from someone else. So, I mean you can do as much homework as you want but at the end of the day you have to just forget it and hope that most of it’s sunk down somewhere in there and doesn’t need… if you’re thinking about your homework then you’re not really present as a person.

And at the end of the day, no matter how interesting one’s research has been, that’s not what the story is about. The story is about two people trying to understand themselves and each other and therefore it’s the relationship that’s important and those are things that have to be played, the person in front of you has to be played, not your very interesting bit of research that you read in a book a few months ago. 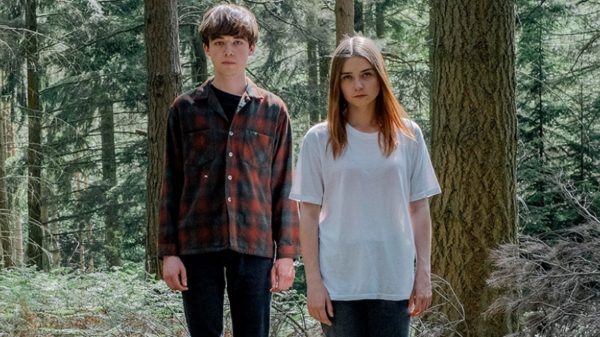 Just to pick up on what you were saying about being responding to those around you – you’re returning to the stage soon with The Jungle, and I was wondering do you have a preference between different mediums: film, television and theatre?

I don’t really. I find it’s a slightly different muscle being used, maybe, depending on which medium. I enjoy the slowness of theatre and the time spent rehearsing and getting to know and building trust with other actors. Because I started in theatre, I used feel much more comfortable on stage than on screen. But actually, the more I work in film, the more I enjoy it for its strangeness; sometimes it’s hyperactivity, and sometimes it’s long periods of waiting around and having to entertain one’s self. And so they both… it’s an adage, a cliched thing, that when you’re doing one, you miss the other and I think it’s sort of that. Essentially my job is the same, I’m a mechanic to a story. But, yeah there’s sort of different quirks to both that I miss when I’m doing one or the other.

The Jungle is about refugees, taking its name from the Calais jungle – do you think it’s important for art and fiction to reflect current events?

I think we’re living in a world right now where politics are so precedent that there’s a part of me that is a little bit suspicious of our avoidance of confronting it and I feel that… I feel that we can’t get away from the world that we live in and we have to try and seek some understanding of what is going on or at least seek some good questions about what’s going on. But there’s also a place for art that allows you to escape from all of that too. So, all sorts of different types of art and ways of seeing the world should be able to be explored and expressed. But yes, I’ve never lived in another time so of course I think now is the time – but I don’t know what it was like in the 1980s, or prior to, but I do feel, just in my own life, that it is a precedent thing that has to be confronted.

What you’ve said there, it reminds me of this thing I read once – I’m not sure who said it originally – but it was that “art should disturb the comfortable and comfort the disturbed”. Would you subscribe to that idea, do you think?

Yeah. Yes. I think that sounds… But then art should also, and can and will, do many other things too.

I suppose it’s almost too prescriptivist in a way.

Well maybe, but it’s a nice description if we’re going to stick with one. But it’s hard to [stick with one], isn’t it, because I feel there’s… as soon as I start describing anything it’s also, it’s also it’s contradiction as well. I don’t know what to say to that really, sorry! [laughs]

That’s alright! So, on another note. You’ve had quite a lot of success in, I suppose, a fairly short space of time – how do you think that’s impacted your outlook and your approach to your work?

I suppose… I don’t know, you just sort of go from job to job really, and you keep trying to… each job you take you start from zero again, and try to approach each job with an open mind – as though it was your first job, really – and with no expectations or presumptions. I suppose it makes me… I don’t know. I feel that… what do I feel? I feel that there’s always a need to keep looking forward, I suppose. Because otherwise… otherwise you just get stuck, I think. Or come unstuck. 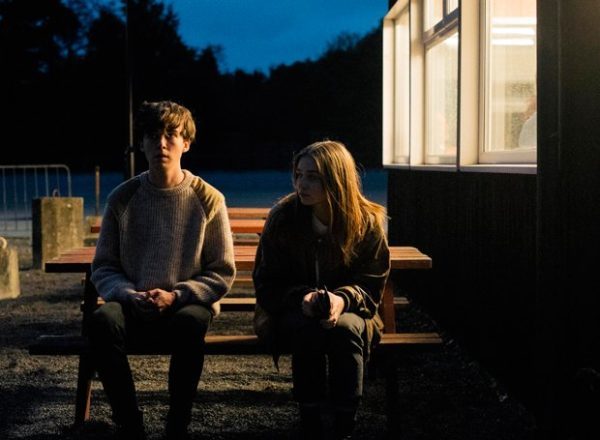 Who would you say your chief creative influence is?

Ah! That’s a good question. I… sort of varied really. I’m a massive fan of Sally Hawkins and I’ll go and see anything that she’s in. I suppose, I would like to, I don’t know. It’s a strangely hard question, naming… putting thoughts down on paper. I suppose those who are conscious about the work that they’re doing, and that they’re doing it for the joy of doing it – which is a hard thing sometimes, to keep one’s eye on.

So, when I come across people who do – I recently worked with Hayley Atwell in Howards End, and she’s just incredibly honest and remains to be a laugh to be around, and has a way of leading by example. Which I find, yeah, I find very inspirational, I suppose that’s the word. It tends to be, someone who takes their work seriously but doesn’t take themselves too seriously. Although, in this interview I probably sound like I take myself very seriously I’m afraid! [laughs!]

I’m excited because in January I’m going to film in French, and I’ve never worked in a foreign language before, and so that brings its own hurdle to jump, I suppose: trying to work what that means to play in another language, and how to not be thinking about the language rather than playing it although it’s not my mother tongue, and that’s been…. preparing for that’s been really interesting, and I’ve been big fan of French cinema since I was very little so it’s also exciting just to be playing around in that language rather than my own.

We’ll have to do another interview in French when that comes out!

Yes! Do you speak French?

No… but I can learn it by then?

Good, I look forward to it! So finally, then – what’s the main thing you’d like audiences to take away from The End of the F***ing World, as well as your work in general?

Ah, that’s a big question! I always find it hard to prescribe what one should take away from anything because what excites me most about getting to do what I do is meeting people who have come up with an entirely different interpretation of my work than I ever expected. And that’s what it’s all about, I suppose, about those discussions. But I suppose, I feel, watching The End of the F***ing World, that there is something unique about what could otherwise be a straightforward boy-meets-girl story, something that’s more complicated, maybe and takes it’s time to develop into something quite surprising. Hopefully, the gags land! That’s all I hope.

Yeah, I loved it!

Alex Lawther, thank you very much!

The End of the F***ing World is available now as an exclusive boxset on All 4.

Alex Moreland is a freelance writer and television critic; you can follow him on Twitter here, or check out his website here. His review of The End of the F***ing World can be read here.