During the San Diego Comic-Con back in July we learned that Man of Steel and Batman v Superman: Dawn of Justice star Laurence Fishburne is heading to the Marvel Cinematic Universe next year with his role as Bill Foster – a.k.a. Goliath – in the sequel Ant-Man and the Wasp. 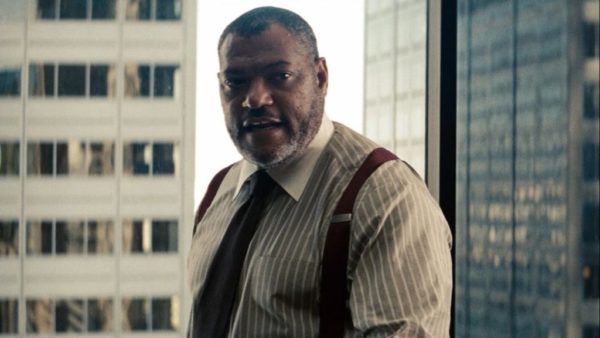 However, it seems that isn’t the only project Fishburne is working on with Marvel, as the actor revealed in a recent interview with Collider:

“I’m developing something else for Marvel that I can’t talk about. It’s gonna be really cool. It’s gonna change the world, we hope (laughs). I went to Marvel and pitched them something that really couldn’t work out—there was a lot of legal red tape that just [was] something they couldn’t work out. But then they came back with the offer for Ant-Man and the Wasp and then they said, ‘Hey, what do you think of this?’ and I went ‘Oh yeah that, yes!’ so…”

“Change the world?” Is Perry White heading to the MCU!? On a serious note, perhaps this relates to the recent talk that Marvel is looking to revive its Marvel One-Shots series?

Meanwhile, Fishburne also briefly touched upon his role in Ant-Man and the Wasp, although he wasn’t giving much away: “All I can tell you is I’m playing Bill Foster, who was Hank Pym’s assistant. That’s how I enter into the world and I’m very excited. Peyton Reed is directing it, who directed the first one. It’s gonna be as fun and cool and smart as the first one.”