Jessie Robertson reviews the sixth episode of The Flash season 4…

This week’s episode title is clever, but I really just wanted an episode called “The Council of Wells.” 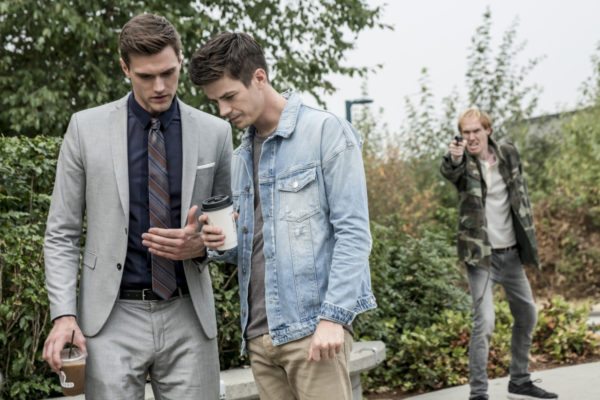 Ralph Dibny has become the shot in the arm to really give The Flash back its juice; he encapsulates exactly the goofy nature of the show and fits in so well, and it’s apparent because he’s become a big focal point, or at least a very featured character in the last few weeks. Now, this also happened with Wally when he debuted, so we’ll see how long it lasts but for right now, I’m thoroughly enjoying his gross comments and uncouth manner. The scene where he’s hypnotized by Iris & Barry’s therapist (and even the notion she would accept that job) is so ridiculous I can’t even begin to comment on it. Like, that woman would be disbarred so quickly her head would spin into her own hypnosis. But, I guess they have to figure out someway to find these metas. 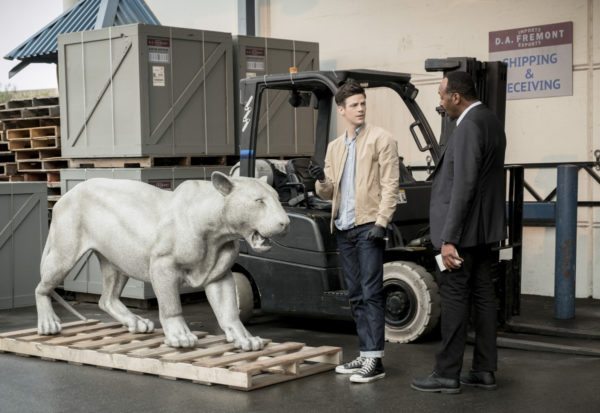 Tonight’s villain is Black Bison, one of our meta bus victims hit by the Dark Matter; her power is to make effigies (snicker) come to life; so anything that resembles a living being she can control. This leads to again, some ludicrous scenarios (one where Barry already knows her power and stands in front of a caveman statue without batting an eye) and some more interesting ones (a police dummy just outfitted with a tear gas called “the Onion” in front of the whole CCPD.) Her cause is noble; she’s trying to retrieve Native American artifacts that should be preserved amongst their own people, not under a museum’s care (in her eyes) but her newfound power leads to some very criminal scenarios. She’s not that hard to take down; the team’s struggle comes more from Barry trying to teach Ralph the moral side of heroism, and it’s a lesson that is not learned quickly. 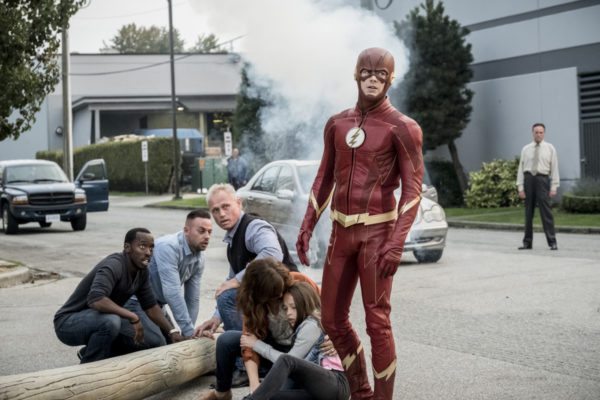 Onto the Council, and I don’t believe these are the same Wells we were introduced to when Harry came aboard the team; they are more very broad caricatures and while it’s certainly fun watching Tom Cavanagh be utterly insane with these characters, it’s hard to believe that just because they share the same name (and possibly DNA) they are all as brilliant as he is, especially considering their characters: a Hugh Hefner character who Cavanagh was heavily channeling McConaughey; an Andy Warhol mixed with Steve Jobs; and a cyborg from a post-apocalyptic world. Cisco is on point interacting with all these Wells as well, after a deep dive into finding out who DeVoe is. I’m not quite ready to make any assertions or judgement on DeVoe yet because still haven’t seen enough to make my opinion.

A so-so episode that relied heavily on humor (the opening mugging scene was quite entertaining) which is really where The Flash makes its money.