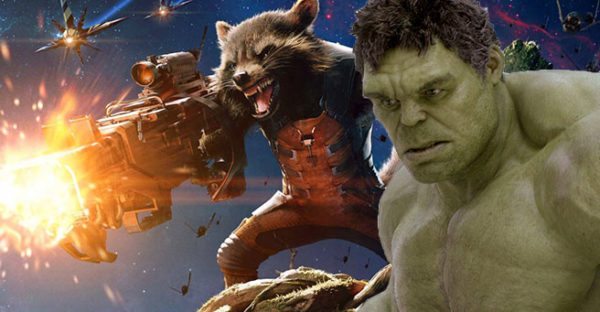 As Marvel brings together all corners of its Cinematic Universe next year with Avengers: Infinity War, we’re going to get to see a number of characters meeting and interacting for the very first time, and it seems that will lead to (at least) one unlikely new friendship in The Incredible Hulk and Rocket Raccoon!

“It’s a very funny relationship that the two of them have,” Thor: Ragnarok star Mark Ruffalo tells USA Today. “First of all, it’s the biggest superhero and the smallest. Just keeping them in a frame together is a feat and hilarious in itself.”

Rocket won’t be the only member of the Guardians who finds themselves a new pal either, as we heard last month that Adolescent Groot will find himself a new mentor figure who he begins to model himself after.