Alex Moreland talks to the directors of An Inconvenient Sequel: Truth to Power, Bonni Cohen and Jon Shenk… 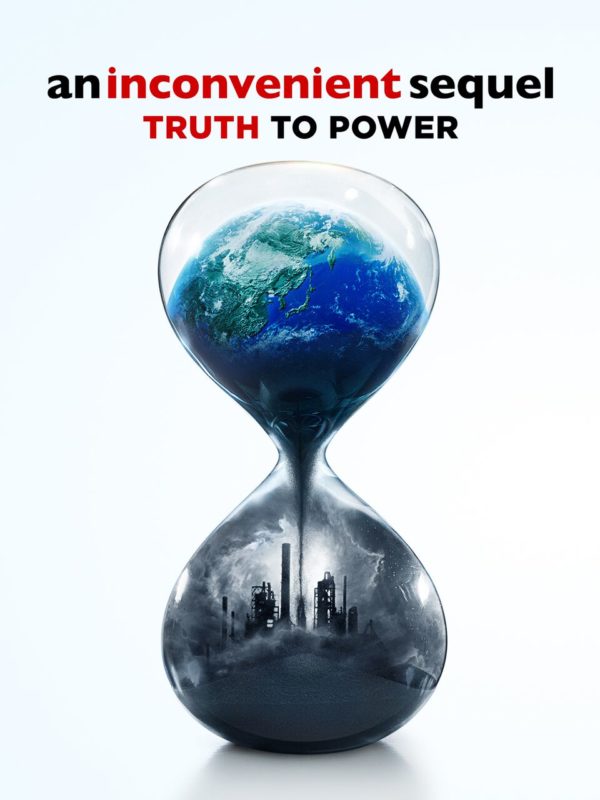 So, it’s been a decade since the first movie came out. Why was now the right time for a sequel?

Jon: Well, Al Gore and Participant Media, who made the first film, had been talking about a follow-up in the years after An Inconvenient Truth. And, I think, a number of things happened. One was that the story really has changed significantly in the last years, partly because of the cost down-curve of solar, wind, and other sustainable sources of energy has really become equal – if not lower – in many parts of the world to generate electricity that way. And so, that was a significant update to the story. When an “Inconvenient Truth” came out it was sort of a hopeful thing that solar and wind might someday help us solve the problem. But really, in 2015, when we started filming, that reality was really true and potentially… It had amazing potential for this revolution, this sustainability revolution.

Dealing with global warming should be apolitical, but it’s often seen as a partisan issue – what do you think is the best way to combat that?

Bonni: You know, even our White House recently released a report saying that global warming is man-made, which was shocking given how the White House has been responding in practice to the climate crisis. But, you know, this is the existential issue of our time. It needs to be seen as a spiritual movement, not a political movement. It’s been co-opted over the past few decades by corporate greed and the oil industry, and those corporations have kind of told the public how to think about this – but, you know, people are waking up to where we are with the climate crisis, how far we’ve come, and how much damage has been wrought on the planet. And with that waking up comes also an understanding that there’s an alternative energy market that can create jobs – and also, by the way, make the air cleaner. While this is still… We have a long battle to fight, really, bringing this out of the political sector, we really feel like we’re on the way to doing that.

Jon: You’re absolutely right though that it really should never have been a political issue. In the film, Al Gore is in a town in Texas, near the oil capital of the world, and talks to a Republican, Trump-supporting mayor [Dale Ross, Republican mayor of Georgetown, Texas] who has changed his whole city’s power source from fossil fuels to sustainable sources of energy for electricity generation. It’s an example of how the conservative party in our country as really… When they see the light on this issue, they realise that nothing can be more conservative than conserving our ecosystem for our children and grandchildren. And it is in those moments that we find hope that someday it can move out of the political spectrum. Just as Al Gore is no longer a politician, climate change should no longer be a political issue.

As filmmakers, and as documentarians, how do you try and connect with people who are disinclined to listen to what you have to say?

Jon: Well, you know, I think that you have to… It’s interesting. In the film you see Al Gore training thousands of climate activists, young people who are interested in trying to in one way or another solve the climate crisis. Be it through politics or journalism or through education or through companies that they work at or schools they go to. And, I think that with this issue, it has to be met at a number of different ways. When it comes to engaging people who simply choose not to believe the science, and that kind of thing, I think you really have to learn to calmly win the conversation. Know what you are talking about. Know what the facts are.

And, I think, the other interesting thing we found is that there’s a kind of a tribalism that’s taken hold of in our country. Where – in order to belong to the Republican Party, for example – you feel as if you have to believe in certain issues, including the disbelief in man-made climate change.

On the other hand, you can help people understand that there’s actually a great deal of conservative value in maintaining our ecological system for our children and grandchildren.  There’s this American Boy Scout mantra of “Leaving your campsite better than when you found it when you go into nature“. And the same is true of how we use our ecosystem and vis-a-vis the economy. I think that once conservatives understand that, they often feel like, “Hey, I want to be on the right side of this issue. And by the way, there’s an economic argument as well. I can put my people to work re-tooling the economy to get power and energy in this way.” It could be a potential win-win.

Finally, then, what would you say is the most important thing you’d like people to take away from watching the movie?

Bonni: You know, Al Gore talks a lot about a “hope bucket” leading people in these kind-of-apocalyptic times of the climate crisis worsening. He and we, as the filmmakers, really want to ensure that people don’t get paralysed with fear about just how terrible things have gotten. We hope that the film really leaves audiences with hope and action items to move forward and help solve the climate crisis.

The truth is, as Al said in the movie, “We really have the tools in place now to solve this. It’s just a question of how quickly we move to action”. That’s the main reason for making the film at this time. We are at the precipice of a new revolution, a new energy revolution that could have the speed of the digital revolution and be as important as the industrial revolution. We just need to get everybody on board. And so we really believe that that’s an optimistic message and we hope that’s the message that people take from the film.

Jon: Yeah. You know, in the film, I think viewers are going to be quite surprised to see a side of Al Gore that they haven’t seen before. He’s personable. You see him in vulnerable situations where he’s trying to do his darndest to get a deal done during the Paris Climate Accords. You also see him, you know, talking about the climate crisis in a way that compares it to other great social movements of our time, like the civil rights movement and the right to grant women suffrage in the early part of the last century.

And, I think that this issue has become more and more emotional for Al Gore as he’s moved through life, as he understands it more deeply and understands the deep impact. But also, the incredible inspiring hope that he’s fighting for with moving our world towards more sustainable energy sources. So, there’s a natural drama going on. It really is kind of a political thriller in a way. You get to know Al Gore in this incredibly emotional way. So, I think people will be quite taken with the story. It’s really one of struggle and one of hope.

Bonni Cohen and Jon Shenk, thank you very much!

An Inconvenient Sequel: Truth to Power – See it on Digital and DVD December 11th