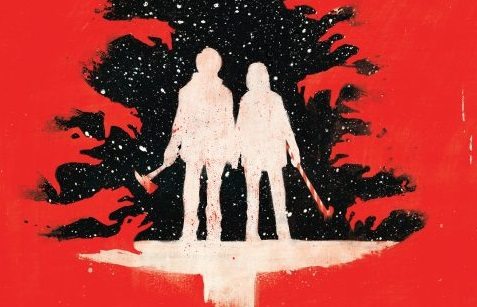 I love film festivals. It is a fantastic opportunity to meet like-minded people who share a passion for movies, which you get to see before anyone else. The downside is that a lot of festival movies don’t get distribution, and you are left with the frustration that it will take months before you can tell your friends about that wonderful Thai movie you saw the previous year.

In the spirit of list-making season, I thought of writing about some movies that played in film festivals in 2017, but will get a theatrical (or VOD) release in 2018 – hopefully, but you never really know with this kind of movie.

Your new favourite Scottish Christmas zombie high school horror musical comedy is here and it’s as fun as it sounds! Snow is falling, Christmas carols can be heard all over, and suddenly the undead start conquering the world. What is Anna to do but crush some skulls, kick ass and sing her way through the Scottish apocalypse?

The story is relatively simple, but it’s the execution of the genre mashup that makes this such a stand out. Where other horror comedies sacrifice one genre to focus on the other, Anna and the Apocalypse finds the perfect balance by focusing on the high-school and the coming-of-age aspects and then adding some Christmas flavour to the mix.

Written by Alan McDonald and the late Ryan McHenry (who also made the Vine compilations Ryan Gosling Won’t Eat His Cereal) based off Ryan’s BAFTA-winning short Zombie Musical, the script is filled with amazing banter and fleshed-out characters that would fit comfortably in a John Hughes movie, as half of the film is devoted to the high-school story and the pressures of having to think about the rest of your life and pleasing your parents while trying to enjoy your last year of high-school. The movie is also incredibly funny, especially when two characters argue about what celebrities turned into zombies.

Once the zombies come, director John McPhail brings a love for horror film that results in one of the most fun movie-going experiences in years. While not overly scary, Anna and the Apocalypse features lots of crowd-pleasing gore, special effects and great makeup effects. The real star of the movie, though, is the music. The songs written by Roddy Hart and Tommy Reilly are destined to become part of your annual Christmas playlist.

I have attended all but one of the public screenings for Anna and the Apocalypse and it just keeps getting better. You are not prepared for how much fun this movie is, but you better start making some room in your schedule come the Holidays, for you will want to see it multiple times.

To have a new Joseph Kahn film is already worth celebrating, his Power/Rangers short is just too good for this world, and even Detention is crazy fun. To have him make the best sports movie since Rocky is something truly special. A full-on attack on the senses where battles are fought brutally, not with guns but with words.

Callum Worthy plays Adam, an incredibly white grad student writing a paper on the use of the n-word in battle rap. He eventually makes his way into the world of underground Hip-Hop in Toronto where he will cross the line between observer and willing participant as he begins to enjoy being able to effortlessly throw around racial slurs and all kinds of insults. Bodied has an air-tight script, Flash-speed pace, and beautiful cinematography that also blows away all the expectations you may have. The battle rap themselves are intimidating good, and you will want to see this with a crowd just to watch them lose their collective minds by the wordplay and the way Joseph Kahn puts his music video career to good use by stylizing the shit out of the battles.

Joseph Kahn created a relentless assault on the “woke” culture that testes all of the audience’s boundaries without care or regard for what you consider to be too offensive. A movie that doesn’t take a clear stance on the issues raised by the story and dares to leave the audience without answers as to how they are supposed to feel about what they saw, and you will feel all the more excited about that prospect. Bodied shows you can win a battle and still be an asshole loser by the end. As a comedy, it’s hilarious, as a sports movie is thrilling, and as a sociological portrait is damn near perfect. Most of all, this is an incredibly fun movie that will evoke the most vocal audience reactions to a movie since Rocky fought Ivan Drago.

Tigers Are Not Afraid

A devastating urban fairy tale set against the background of the violent drug wars in the slums of Mexico. Issa Lopez created a thrilling coming-of-age movie that perfectly mixes real-life horror with magical-realism in a way that would make Guillermo del Toro jealous.

After her mother goes missing, young Estrella will be forced to navigate the streets of Mexico, and after finding a group of boys who have also been orphaned by drug cartels, they’ll band together for survival and form a makeshift family. When one of the children steals a cellphone from a gang member, the group will have to run for their lives while trying to evade a brutal death.

Tigers Are Not Afraid is a horror movie, but also a coming-of-age tale, a fairy tale and a tearjerker. As a horror film, Tigers Are Not Afraid is terrifying, no child is safe in this movie. The story feels painfully believable, and each of the child actors carry a most of the emotional weight, and boy let me tell you, these are the best child actors I’ve seen in years. There’s also an element of fantasy imagery throughout the film as the kids latch on to fairy tales to escape from the horror of their daily lives. Estrella starts to see ghosts and other supernatural things, are they real? We don’t know, but Tigers Are Not Afraid is as real as it gets.