John Landis may think that it’s a mistake for his son Max Landis to try and remake An American Werewolf in London, but the filmmaker has revealed that he originally planned a sequel to his 1981 cult horror-comedy, although his idea was ultimately rejected by the studio.

“I was asked to do a sequel by PolyGram in 1991,” said Landis (via Digital Spy). “The company, under Jon Peters and Peter Guber, made something like 10 or 12 movies, and the only one that made money was American Werewolf. They then left the company and were replaced by a guy called Michael Kuhn. He called me and said that they were interested in making a sequel. I entertained the idea for a little bit and then came up with something that I liked and wrote a first draft of the script.”

“The movie was about the girl that the boys talk about at the beginning of the movie, Debbie Klein,” he continued. “She gets a job in London as a literary agent and while she’s there, starts privately investigating the circumstances surrounding the deaths of Jack and David. The conceit was that during the time in the first film where Jenny goes to work and David is pacing around the apartment, he actually wrote Debbie Klein a letter. It was all to do with this big secret that David had never told Jack that he had a thing with her. She tracks down Dr Hirsch, who tells her that Alex now lives in Paris because she was so traumatised by what happened. She went back to the Slaughtered Lamb and everyone is still there! I think the only changes were a portrait of Charles and Diana where the five-pointed star used to be and darts arcade game instead of a board.”

“It’s then when she speaks to Sgt McManus, the cop from the first movie who didn’t die, that she finds out that Jenny is still in London. She calls her and leaves an answer phone message, which we then reveal is being listened to by the skeletal corpses of Jack and David, watching TV in Alex’s apartment! The big surprise at the end was that Alex was the werewolf. It was pretty wild. The script had everybody in it from the first movie – including all the dead people! I gave the script to Michael Kuhn and he loathed it! He absolutely hated it and was actually pretty insulting about it. Clearly he would have hated the script for the first movie, because like that, it was funny and scary – and if anything, a little wackier.”

While Landis’ sequel idea was rejected, we did get a follow-up in 1997 with An American Werewolf in Paris, which Landis describes as “shit”.

What do you make of John Landis’ idea for a sequel to American Werewolf? Are you disappointed that it didn’t come together? Let us know in the comments below… 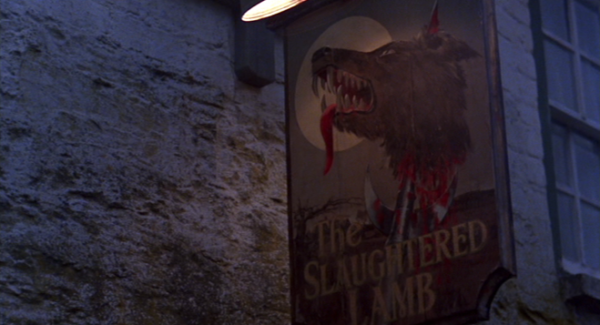