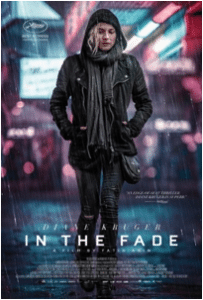 Katja’s life collapses after the death of her husband and son in a bomb attack. After a time of mourning and injustice, Katja seeks revenge. 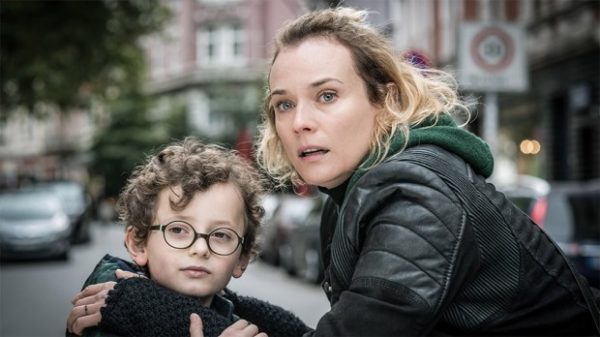 In the Fade is essentially three different movies in one, each act morphing into another genre, where director Fatih Akin (Goodbye Berlin, The Edge of Heaven) has no idea what the thriller should actually be. Casting Inglorious Basterds‘ Diane Kruger in her first feature-length German production as a grieving widow and mother seeking justice after a racially motivated bombing attack by neo-Nazis is certainly attention-grabbing, but the execution lacks suspense, builds toward predictable moments, drags, and finally fizzles out completely by the ending.

Diane Kruger is without a doubt the strongest aspect In the Fade has going for it; as Katja she says a lot just from strained facial expressions of pain, believable crying, and morbid segments of self-inflicted harm. She definitely brings a sense of urgency and intensity to the role, but the script ultimately has no idea where to take the character or overall narrative. It starts out as a mystery with Katja recalling clues prior to the crime scene (she last saw her husband and young child in the small building where he works, right before it becomes the target of a homemade nail-bomb explosion attack), which is tricky considering after the tragic incident she is seen doing cocaine to cope. It’s also made clear that her husband was a convicted narcotics dealer before his release and the birth of their child, so it’s alluded to that maybe he was so caught up in shady dealings behind her back.

All of this intrigue is quickly thrown out the window once In the Fade settles into courtroom drama battling two suspects that are unquestionably (to anyone with common sense, which is depressingly something justice seems to lack) the murderers. Some of the back-and-forth words of war can be mildly intense, but the real issue is that it takes away so much focus from the central performance and sadness of Katja (save for one gutwrenching moment where she ends up listening to all of the fatal damage inflicted on her loved ones in graphic detail). Interestingly, she has a pregnant friend that gives birth over the course of the legal fighting, yet the dynamic of offspring lost/gained never amounts to anything substantial. There’s truly no use to the character outside of some brief venting immediately after the incident.

Following the courtroom ruling, the gears shift once again but to explain where would necessitate giving out spoilers. So, what I will say is that it continues to drag itself to its conclusion, which is admittedly fine and pulls no punches sticking to the bleak outlook the film presents regarding similar cases. Additionally, the filming locations are appropriately gloomy with a bland color palette appropriately representing the emptiness Katja must be feeling. There are moments in Kruger’s performance she visibly appears absolutely dead inside from emotional devastation. 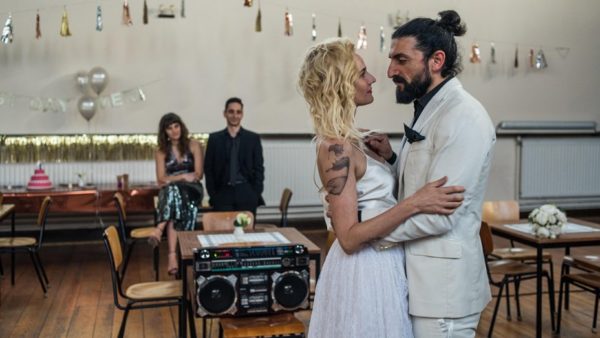 Aside from that, In the Fade never fully forms a film worth recommending. It’s a terrifying reminder that Nazis do still exist and that justice is not always served, but is severely lacking in compelling drama. The script and direction could have, and probably should have played up the narcotics angle more along with an unreliable accusation process from Katja, delved into her psyche more and relationships with friends, but is instead perfectly content settling for the most boring route conceivable. If anything, it’s a competently made picture that goes through the motions, neither terrible nor good. Kruger saves it from much harsher criticism.