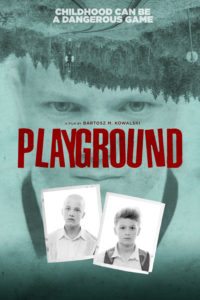 A provincial town in Poland. The final day of school. A seemingly normal day in life of three ordinary elementary school students. This day however eventually culminates in shocking and terrifying events. 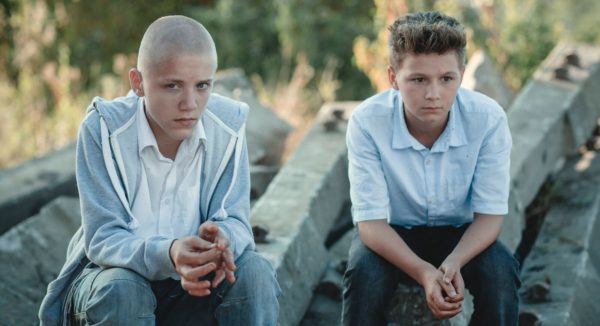 Does a movie need to be enjoyable or fun? Do you seek out a movie because you want something fun? Then Playground is not for you. This is not an easy movie to review or recommend. No one should see this movie, yet everyone needs to see it. Bartosz M. Kowalski made a movie that makes Aronofsky’s mother! look like a children’s cartoon.

Playground is destined to be hugely divisive, and Bartosz M. Kowalski knows it. Serving as director, writer and editor, Kowalski has meticulously crafted a story that you will never forget. A story that will leave audiences uncomfortably and depressingly silent, yet you will not be able to stop thinking or talking about it.

Almost every review out there outright spoils the entire plot of this movie. While I understand giving the audience a trigger warning – and I truly think no amount of spoilers can fully describe what it is to see Playground – it is a disservice to both the filmmaker and the audience to describe what happens in the third act of a movie.

Just know that it is the final day of school in a provincial town in Poland and we follow three 12-year-olds coming from different families. Szymek (Nicolas Przygoda) is tired of looking after his wheelchair-bound father and eventually comes to blows with him. Czarek (Przemyslaw Balinski) shares a room with his constantly-crying baby brother and ends up shaving his hair off before school. Gabrysia (Michalina Swistun) has one last chance to tell her classmate that she loves him, so she blackmails him to show up to a secret meeting.

Kowalski’s background is mostly in documentaries, and he uses a documentarian-approach to tell the story of Czarek, Gabrysia and Szymek. Everything is meticulously crafted in Playground. The only time we hear any kind of music is at the start of each of the six chapters that the story’s divided into, and the whole time we look into this world through the lens of a handheld camera – one that extends the uneasiness with uncomfortably long takes. 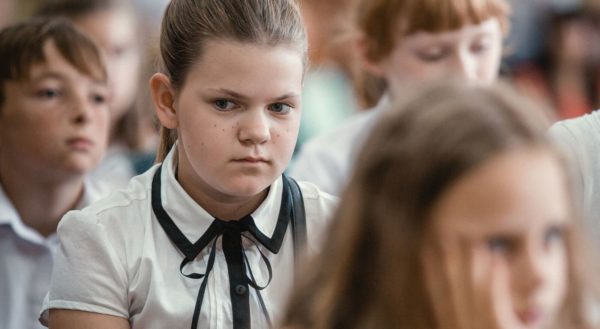 The acting is superb. The three leads are perfect in their roles, maybe too perfect. You will wonder for a long time whether they were acting, of if Playground actually was a documentary. That they are first-time actors is even more impressive. Bartosz M. Kowalski keeps his cards close to his chest, and slowly reveals more about the characters, who seem like normal kids at first except for the occasional odd thing that explodes in a way that you never see coming.

Despite being only 82-minutes long, Kowalski allows the story to breathe and the characters to take long and silent pauses. The story may be slow, but that only increases the sense of dread with precise structure and pace that carefully reveals more about the characters. You can’t shake the feeling that at some point something terrible is going to happen, but you don’t know what or when it’s going to happen. Playground is not horror, yet it will affect you more than any horror movie ever will. In it’s final, disturbing scene the camera stands back and shows you what’s happening from a distance. You’re close enough to see and hear the horror that’s going on – yet you’re too far to stop it from happening. 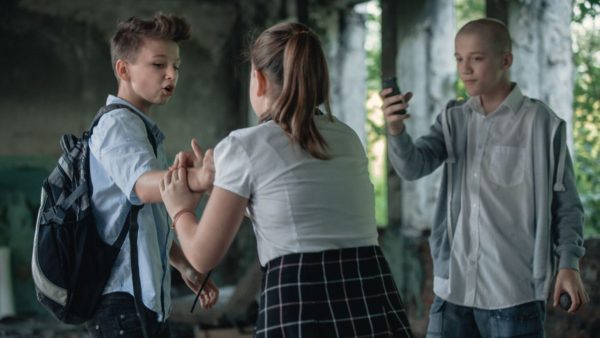 How does one rate a film like Playground when it is in no way a pleasurable or enjoyable film? The story is brutal even if the cinematography is breath-taking. Despite having the most brutal conclusion I’ve ever seen in a film, Kowalski portrays it matter-of-factly and with the same precision as a Haneke film. I cannot think of another film that forced me to remember how to breathe, and that’s what Playground sets out to do. This is meant to be an challenging experience, an unbearable film made worse by the realization that it’s based on an infamous real story.