It’s been a good four years since Path of Exile was released by Grinding Gear Games. Yet the game still has a tremendous following, not only among PC gamers, but also among console gamers who have picked up copies of the Xbox One version. You’ve got to wonder why a title that has been around since the fall of 2013 is still among the present-day favorites, much like Blizzard’s Diablo games were played by many for several years after their release.

Take note that what we will be discussing below is largely based on opinion — your mileage may vary, and you may have your own favorites in the ARPG genre that you feel are better than PoE. But we’re almost sure you can agree that Path of Exile is one of the best RPGs of 2017, if not necessarily the best of them all for every gamer out there. Let’s take a look at why this is the case, as we enumerate three key reasons why we still believe in PoE to this day.

Getting the obvious out of the way, we should start out by saying that Path of Exile is still a free-to-play title four years later. It doesn’t matter if you’re playing the original PC version or the Xbox One version, or what version of the game you’ve currently got installed. Many free-to-play titles are sorely lacking despite the initial promise, and those that are promising often tend to come with a hidden catch, i.e. microtransactions which you’ll need to purchase in order to get a leg up on the competition. These games are often referred to as “freemium” games, though if you take away the positive scripting, you might as well call a spade a spade and call these titles “play-to-win.”

That’s not the case with Path of Exile, and that’s one reason why it deserves consideration to be the best RPG of 2017. There’s no need to pay for packages, in-game items, or any other microtransaction if you want to do well. And while there are microtransactions, these do not, in almost all cases, have any bearing on actual in-game performance. They’re mostly there for aesthetic purposes, so if you want to focus on actually dominating on the battlefield, you can ignore the cosmetic details and enjoy great success playing PoE without spending a single cent of your hard-earned money.

There Is So Much Customization Available

Moving onto the gameplay itself, one reason why Path of Exile can be called the best RPG of 2013 is the fact that there are myriad ways to customize your character through loot drops. The loot system is one of the best things about PoE for many players, and you’ll notice right away that there’s so much to collect, even if you completely discount weapons and armor. The folks at Grinding Gear appear to have riffed on an idea first put into action by Blizzard when they released Diablo II — the idea of items with sockets where you can place gems, thereby enhancing the item or changing its effects.

When we say riffing on the concept of socketed items, we’re talking about how Path of Exile allows you to receive items with colored sockets via loot drops, with the smaller items placed in those sockets not only improving the main item, but also allowing players to gain new abilities. In other words, this makes the main item more functional, instead of simply being more powerful in one way or another. 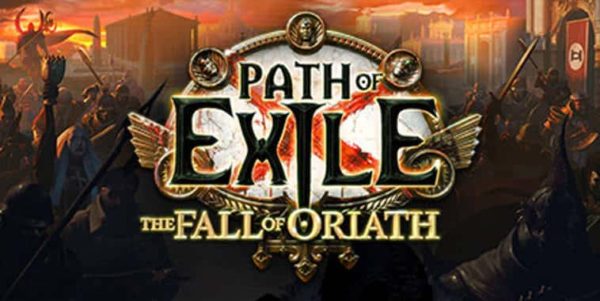 That’s not the only customization element worth noting here, as the items you use could also dictate the types of enemies you face in certain areas. And when it comes to leveling up your characters, this results in your characters improving their stats, as opposed to unlocking new skills. It’s the items you use that determine the skills of your characters, which means leveling up and gaining more experience does what it should theoretically do in the real world, which is to improve any number of attributes.

Furthermore, you can also change the entire build of your characters by having them use another piece of armor or a new weapon. For example, you can theoretically transform a burly melee bruiser-type into a more magic-oriented character simply by changing his armor, specifically to pieces of socketed armor that may have some gems in them.

The Game Still Gets Regular Updates And Expansions

Not too many video game makers would push out updates and expansions to their popular titles several years after they were released. But thanks to the faithful fanbase Path of Exile has, Grinding Gear regularly rolls out updates to the game, as well as expansions that don’t just add to the story, but also introduce new features, new items, and new in-game mechanics. Take the example of The Fall of Oriath, which went into beta in June and got released in August of this year. Putting things in perspective, this expansion is the biggest one to date, boasting of six new acts, as well as the aforementioned new PoE items and features. There were also some things about PoE that got streamlined via The Fall of Oriath, such as the difficulty — now there’s only one difficulty level for everybody, with the harder ones removed. Guess it’s also safe to say that PoE is one RPG that won’t troll you or punish you for choosing the easiest level — with one difficulty level, the play experience is much fairer that way.

Know of any other reasons why you think Path of Exile is the best RPG of 2017? Do you agree or disagree with our assessment of the game? We’d like to hear what you think of PoE in its fourth year, so do sound off in the comments if you want to further discuss why this game is still at or around the top of its class as far as action RPGs are concerned.