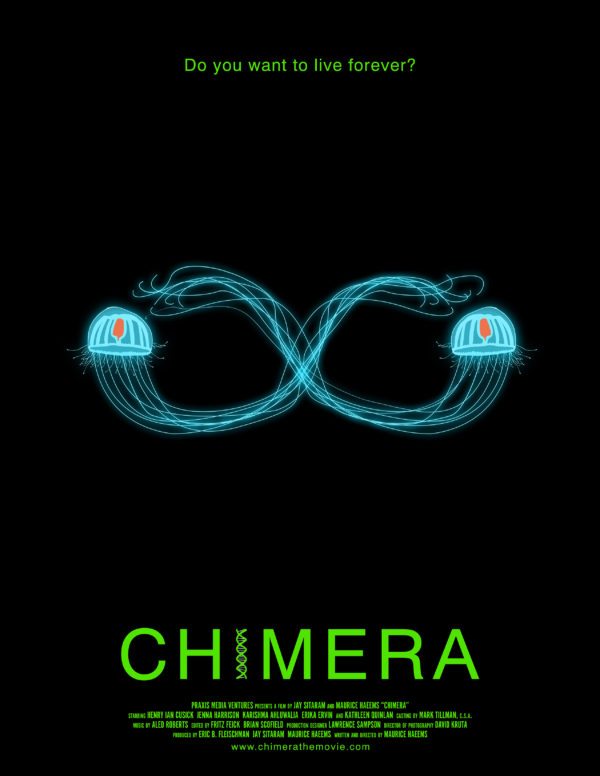 Chimera is the story of Dr. Quint, a brilliant but disturbed scientist who must freeze his children alive in order to arrest the progression of their deadly genetic disease, while he races against time to cure them by unlocking the secrets of immortality encoded within the DNA of the Turritopsis jellyfish.

“While our story pushes the central character down some very dark paths, we still wanted the audience to see that despite his many flaws, Quint is always driven by a utopian vision and noble intentions,” says director Maurice Haeems.

Chimera is slated for release in 2018.