It seems that we may have a titled for Sony’s upcoming Spider-Man animated feature, with the Alberta Ratings Board classifying a trailer for Animated Spider-Man: Into the Spider-Verse, which is set to run for 1 minute 6 seconds.

The feature, which is being directed by The Little Prince’s Bob Persichetti and Rise of the Guardians‘ Peter Ramsey from a script by Phil Lord and Chris Miller (The LEGO Movie), will mark the big screen debut of Miles Morales, voiced by Shameik Moore (The Get Down). Mahershala Ali (Luke Cage) and Brian Tyree Henry (Atlanta) voice Miles’ uncles Aaron and Jefferson Davis, with Liev Schreiber (Ray Donovan) portraying the as-yet-unrevealed villain.

If you’re unfamiliar with the term ‘Spider-Verse’, it was a comic book event that launched in 2014 and saw every incarnation of Spider-Man from various Marvel universes all coming under attack by the villain Morlun and his estranged family the Inheritors. 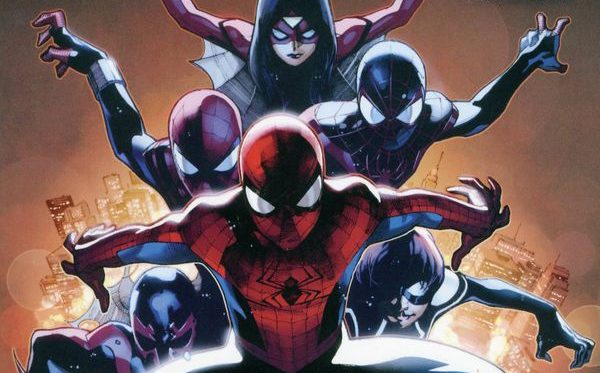 Animated Spider-Man: Into the Spider-Verse is set for release on December 14th 2018, and it seems we may get to see the first trailer for the film this weekend, as it is expected to debut at Brazil’s Comic-Con Experience.