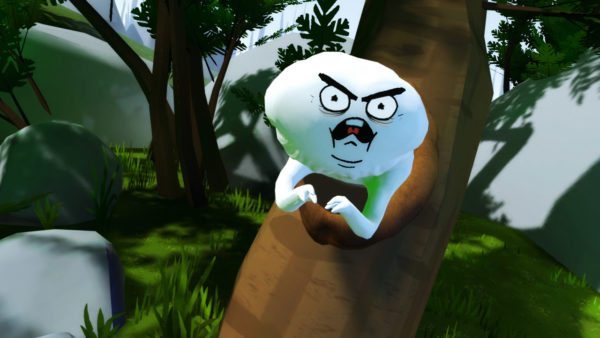 With PSVR generally still leaving owners wanting for a respectable collection of “mature” games and experiences, the new beefed-up version of Accounting, which initially released for HTC Vive last year, provides brief and disarmingly demented relief, yet feels mis-priced and mis-marketed as an actual game rather than a mere experience.

The barmy brainchild of The Stanley Parable‘s William Pugh and Rick and Morty co-creator Justin Roiland, Accounting+ pits the player as a newbie accountant at a firm that’s experimenting with “virtual reality accounting” in order to improve employee performance. Two voices on the other end of a phone urge you to put on a VR headset and plunge down the rabbit hole, leading to a series of loosely-connected, mind-bogglingly surreal skits involving a foul-mouthed, marshmallow-like tree-dwelling monster, rabbit-like criminals on the run from the cops, a talking skeletal xylophone, a virtual reality court, and so much more.

Though the game’s mere 30-40 minute play-time is incredibly disappointing, it certainly sends players on a wild ride during that period, never sticking with one sequence for too long before hurling the player into the next. The main reason it feels more like an experience than a game is that interaction is so limited and lacking in difficulty; you’re never more than a few button presses away from moving the plot forward, but you’re also free to teleport around each small scenario and listen to every last morsel of dialogue (though you’re still going to struggle to exceed 45 minutes).

Indeed, there’s not much more to the game than landing in a new environment, meeting some weird new characters, teleporting to two or three points of interest, and then interacting with the object that pushes you on (typically a weapon or a VR headset). The game succeeds largely due to its ribald personality, making liberal use of the F-word and being completely aware of its own absurdity. There’s even a mini-game in the menu where players are challenged to shoot a basketball into a net, but if you miss enough times, the narrator gives you the trophy for it anyway. 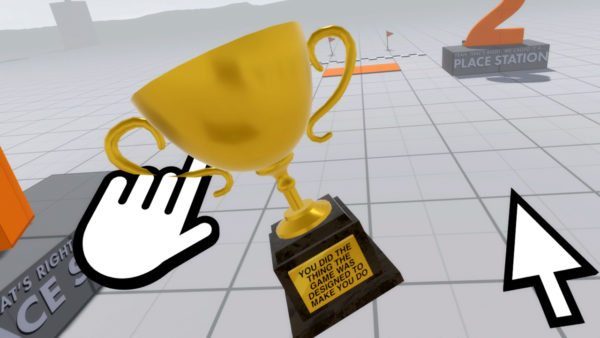 It is worth saying, however, that those not well-versed in the offbeat humour of Rick and Morty might not be quite so taken with Accounting+; the comedy style can verge on obnoxious for some tastes, especially as characters will often relentlessly shout at the player, even with several other overlapping characters bleating at once, which can be more grating than enjoyable.

The game’s strongest suit is by far its presentation; it touts a heightened, stylised aesthetic similar to the brilliant Job Simulator, a clean, stripped-down visage that’s a perfect fit for PSVR’s limited technical capabilities, because it cares not to look remotely “realistic”. The feeling of presence in the world, much like Job Simulator, is terrific, and though the scope of interaction with the environment is fairly strict, the Move controllers do a fantastic job of emphasising the tactile qualities of each new bizarre sequence.

The voice acting is also totally on-point, and though quirky, self-aware comedy monologues in hip indie games might already feel a little played-out to some, the delivery, especially from Pugh and Dominik Johann as the disembodied voices of the accountants, is marvellously awkward.

Whether you should buy Accounting+ right now comes down to one question; do you feel comfortable paying almost £10 for an experience running the length of your average TV drama episode? Though VR’s premium price uplift shouldn’t be surprising by now, most players were probably expecting a play-time tantamount to Job Simulator‘s 2-3 hour campaign, and so it really feels like the game is only worth around half its initial asking price, in line with other limited “experience” titles. Considering that the base version of the game is free for Vive owners, the over-inflated price seems especially suspect.

Still, if you’re a fan of Rick and Morty or are simply craving wackier and more peculiar uses for your PSVR headset, this is a fitfully fun ride while it lasts, and it’s a great one to show off to your pals who haven’t taken the VR plunge yet. 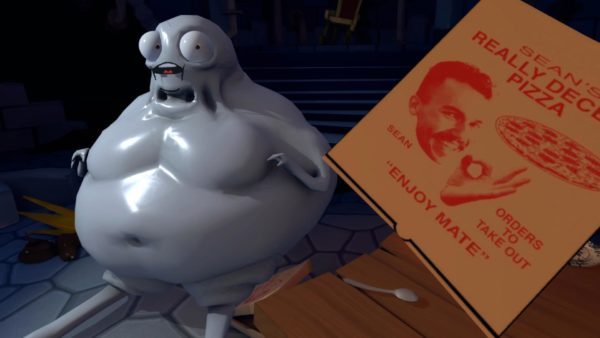 Cons:
– Disappointingly short for the price.
– Offbeat sense of humour may not be for all tastes.