Ahead of its U.S. release next week, we’ve got an exclusive clip from the crime thriller Hangman, which stars Al Pacino and Karl Urban as two police detectives on the trail of a serial killer who is playing a deadly game of Hangman with them. Take a look at the clip below, or watch it over on our YouTube channel…

“Decorated homicide detective Ray Archer (Al Pacino) and his partner, criminal profiler Will Ruiney, (Karl Urban) are tasked to catch one of the city’s notoriously vicious serial killers who is playing a twisted version of murder using the child’s game – Hangman, while crime journalist Christi Davies (Brittany Snow) reports on the crime spree, shadowing the detectives.” 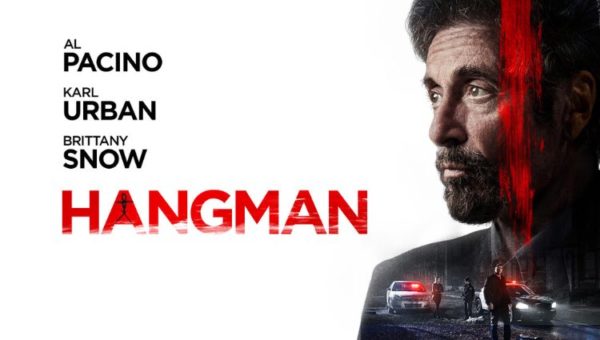 Hangman is set for release in theaters on December 22nd 2017.