As we await The Tick’s return on Amazon in February, the studio has announced it has renewed the series for a 10-episode second season to premiere in 2019.

Series creator Ben Edlund will return for the second season with stars Peter Serafinowicz and Griffin Newman. Additional casting for new characters will also be announced at a later time.

“I am so excited that Amazon wants to continue this wildly fruitful collaboration and that this amazing cast gets to stay together, and that we get to build this mythos further, wider, deeper, and taller,” said Edlund. “We got a good ball of mud spinning with the right tilt of axis, I’m very happy we have this opportunity to keep peopling it.” 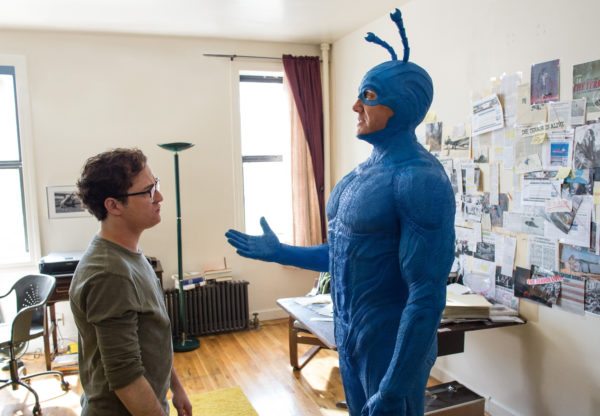 The Tick returns with more action-packed episodes! Evil is on the march, and The City is right in its way. Something terrible is going to happen, and Destiny needs her champions now more than ever. The Tick and Arthur round up the gang in a crash collision course between justice and villainy.

The Tick season 1 is set to return on February 23rd.