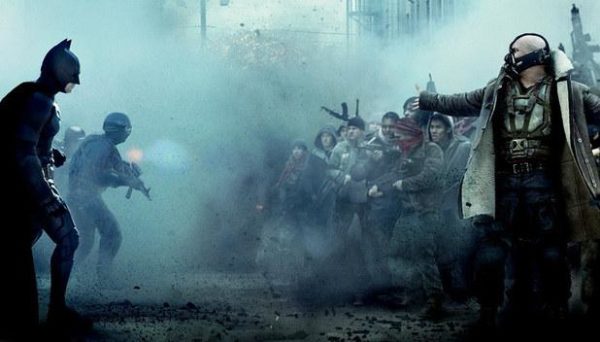 Christian Bale has been pretty vocal over the last week, from admitting that he hasn’t seen Ben Affleck’s Batman, to revealing that he was initially in talks for Solo: A Star Wars Story. Now, talking with MTV’s Happy Sad Confused Podcast, the Oscar-winning actor reveals that he has not seen The Dark Knight Rises since 2012’s tragic shooting in Aurora, Colorado:

In case you are unaware: In 2012, during a midnight screening of The Dark Knight Rises, 24 year old James Holmes set off tear-gas grenades, and opened fire on the crowd. 12 were killed, with 70 injured. The tragic event left a dark cloud over the opening of the film, and it’s more than understandable that Christian Bale would find the movie hard to watch.