Now that Daniel Craig is officially on board to return as 007 and a November 2019 release date has been set, Eon is currently searching for a director to succeed Skyfall and Spectre helmer Sam Mendes and take the reins on Bond 25. 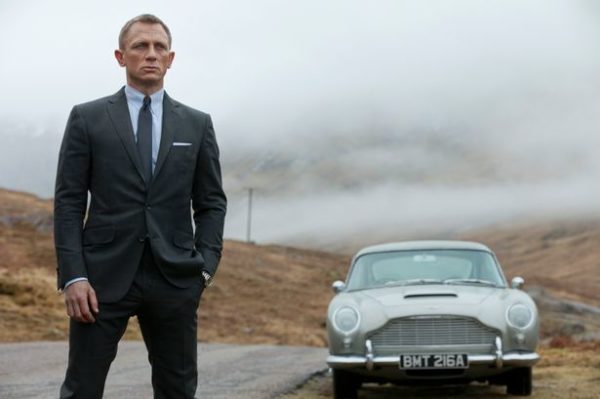 Last year, it was reported that Yann Demange (’71), David Mackenzie (Hell or High Water) and Denis Villeneuve (Blade Runner 2049) were all on the shortlist, with Villeneuve said to be the preferred choice of leading man Craig.

Well, speaking to Screen Crush, the Arrival and Blade Runner 2049 director has revealed that he has had conversations with producer Barbara Broccoli, and while he’s very keen on the idea, he is committed to his planned adaptation of Frank Herbert’s Dune.

“I said to [producer] Barbara [Broccoli], I would love to work with you and with Daniel, but I’m engaged [Laughs],” said Villeneuve. “I will love to do it, honestly. I’m a spoiled filmmaker right now… I think Daniel Craig is a fantastic actor and I would like to, but several months ago I came into do Dune and I engaged myself. I committed myself and I’m someone that doesn’t step back. I remember I committed to do Enemy, they came with Prisoners I said, I need to do Enemy first, and I had to break to bend the schedule. I did the same with Arrival and Blade Runner. I did Blade Runner, one of my conditions was that I would have time to do Arrival first. Once I commit, I commit.”

“When Legendary offered me to do Dune, on a silver plate? Which was like my dream project that I’m dreaming to do for 30 years? I said yes right away. I want to honor that. It doesn’t mean the movie will happen, maybe in six months the movie will – and Bond is an old fantasy of mine, but I can’t be in two places at the same time. It’s a strange year because I would love to do a James Bond. I need to focus.”

Given that there’s already going to be a four-year gap between Spectre and Bond 25, it would be hard to imagine that Eon will be keen to push back the release date in order to wait for Villeneuve. However, if in a couple of months it’s looking likely that Dune won’t be moving ahead any time soon and Bond 25 is still yet to fill the director’s chair, perhaps Villeneuve will get his wish after all…

Who would you like to see directing Bond 25? Let us know in the comments below…