Disney has announced that its cherished animated classic Lady and the Tramp is set to join the celebrated Walt Disney Signature Collection this February. 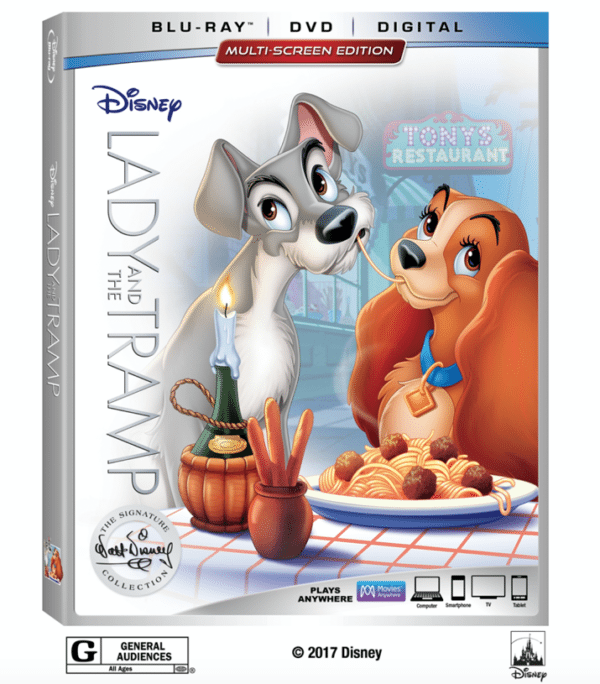 As one of the greatest love stories ever told, Lady and the Tramp is sure to melt the hearts of generations with its beloved characters, brilliant animation, memorable music and sweet sentiment. The animated treasure tells the story of Lady, a lovingly pampered cocker spaniel, and Tramp, a freewheeling mutt with a heart of gold. Through the Signature Collection edition, viewers can relive the pair’s thrilling adventures, sing along with the film’s unforgettable songs like “Bella Notte,” and swoon over one of the most memorable movie moments of all time—the iconic scene in which Lady and Tramp share a plate of spaghetti and an accidental kiss.

Classic Bonus Features on Digital Only