Sean Wilson looks back at one of the most memorable roles undertaken by the Darkest Hour star, Gary Oldman… 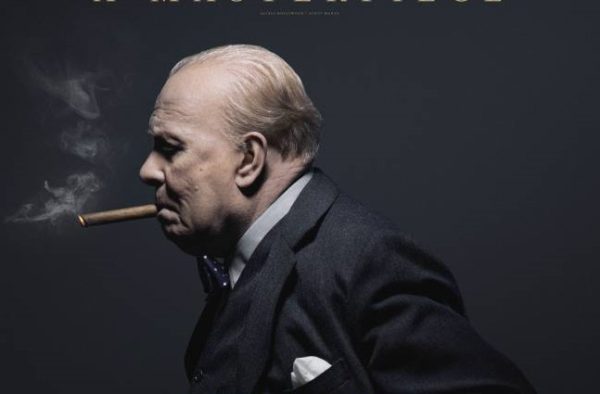 On the eve of Darkest Hour, the critically acclaimed new Winston Churchill biopic, the headlines have all been shrieking one thing: isn’t Gary Oldman an extraordinarily versatile actor?

Well, yes, but anyone who has followed Oldman’s career from the 1980s onwards will already know this. Describing him as one of the most transformative and brilliant actors on the planet is as plaintive as saying the sky is blue. This is a man who has played everyone from Sid Vicious to Joe Orton, Lee Harvey Oswald to Dracula and Beethoven.

Not that this ought to undersell his Churchill performance: typically unrecognisable under convincing latex Oldman digs into the complex heart of this roaring lion, bringing to life a British icon wracked by doubt and anger on the eve of World War II. It’s a turn invested with both grandiosity and subtlety. He’s already received a Golden Globe nomination and the Best Actor Oscar looks like his for the taking – and about time, too. (Astonishingly, he’s only been Oscar nominated once before for 2011’s Tinker Tailor Soldier Spy.)

Even so, the devilishly entertaining performance for which Oldman should have been Oscar nominated (and for which he should have won) came way back in 1993 in Tony Scott’s True Romance. 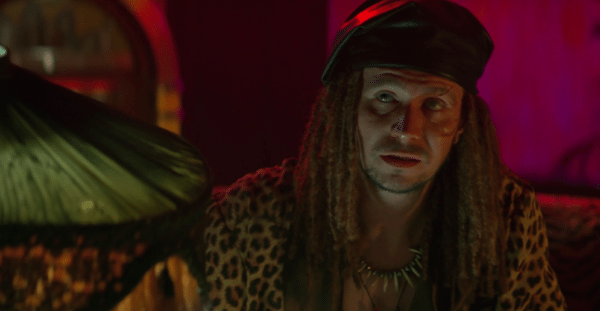 The narrative centres on geeky Clarence (Christian Slater) and his relationship with prostitute Alabama (Patricia Arquette). It’s a romance that takes a twisted turn when the newly married couple abscond with a stash of heroin, setting in motion a vengeful cross-country pursuit. Even so, it’s Oldman’s Drexl Spivey who runs away with the entire movie – despite less than 10 minutes of screen time (excluding deleted scenes), he’s the film’s most vital, despicably riotous character and also the one who sets the plot in motion. (It’s Drexl’s cocaine that Clarence unwittingly steals, albeit after the former has beaten the living shit out of him.)

Where to start with the brilliance that is Oldman’s performance in this movie? For starters, it quite literally defines the word transformative. Oldman hails from South London and here alters his entire visage, vocal cadence and accent to play a racially confused white pimp who could well have stepped from the annals of real life. There is no semblance whatsoever of Oldman’s natural Cockney accent – he rolls off Tarantino’s wicked dialogue (“I know I’m pretty… But I ain’t as pretty as a coupla titties”) with such ease, the effect is electrifying.

The actor recalls: “I hadn’t read the script, and knew nothing about it. Tony and I had tea at the Four Seasons and he said, ‘Look, I can’t really explain the plot. But Drexl’s a pimp who’s white but thinks he’s black.’ That was all I needed to hear. I said, ‘I’ll do it.'” 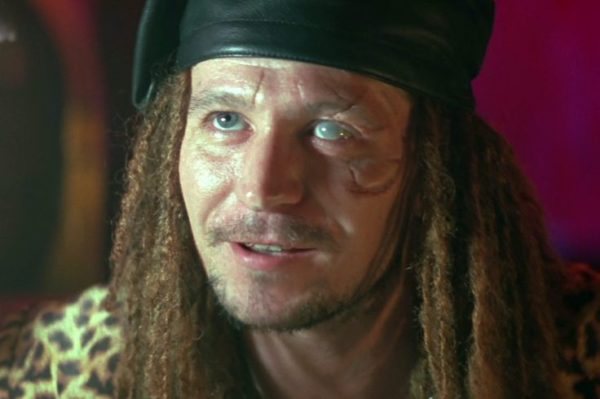 Then there’s the fact the character’s look is all down to Oldman himself. He explains: “I had to kind of put him together, I had to work on him while I was doing something else. Because there just wasn’t the time to meet with Tony [Scott]. I wrote him a letter, sent him a note, saying,’‘I would like dreadlocks. What do you think?’ And he said, ‘Yeah, great.’ So I knew Stuart [Artingstall], who had been the wigmaker on Dracula, so he made me that wig in about 48 hours. And I went to a dentist – I was working here in New York – who made the gold teeth, and I got the eye from the prop department at the… well, it was one of the eyes I wore for Dracula! And I put ‘em all together and walked on the set and hoped Tony liked it.”

So not only do we have someone with the confidence and skill to completely transform his physical aura. We also have one with the sheer professionalism to transform a truly nasty piece of work into something perversely hilarious. It’s testament to Oldman’s years spent rising through the acting ranks, an actor’s actor capable of digging out empathy in troubling roles in the likes of Mike Leigh’s Meantime and Alan Clarke’s The Firm. With Oldman there is no mimicry: he quite simply is the character he’s playing, conveying a remarkable level of understanding for even the most appalling kind of miscreant.

Most impressively, Oldman never resorts to scene-chewing in his role as Drexl. Despite the outrageousness of the character, the expansive parameters of which could easily have overcome a lesser performer, he’s absolutely convincing within the context of the story. He knows when to rein in the ludicrousness, when to amp up the level of threat and when to delivery a killer punchline with bullet-path velocity. (“He musta thought it was white boy day. It ain’t white boy day, is it?”) 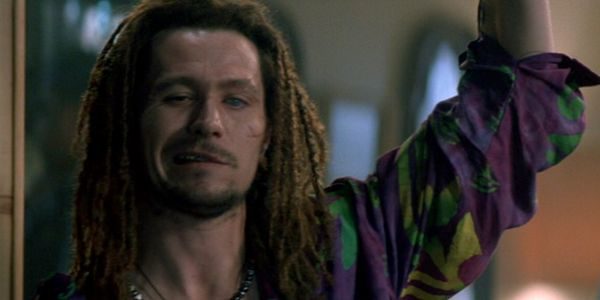 Of course, the true measure of an actor’s effectiveness is the impact it has on those who watch. It’s isn’t for nothing that the A-list likes of Ryan Gosling, Tom Hardy and Hugh Jackman have all cited Oldman’s craft as a huge influence, and the character of Drexl alone is surely responsible for a lot of that. It’s both a technically accomplished and believable performance yet one that’s also in on the joke, inviting the audience to laugh at Drexl’s hideousness even as things get violently out of control. He’s a classic Tarantino monster made immortal in Oldman’s hands.

It wasn’t ever going to win Oldman the Oscar (too dangerous, too little screen time, perhaps), but in its grotesque, multi-faceted glory the character of Drexl is more quintessentially Oldman than his Winston Churchill could ever hope to be.

Sean Wilson is a journalist, writer and soundtrack enthusiast, and can be found on Twitter here.