In a recent interview with late night host Stephen Colbert, who is a self confessed Marvel movie fan, Gwyneth Paltrow may have confirmed a popular fan theory about her role in Avengers: Infinity War. 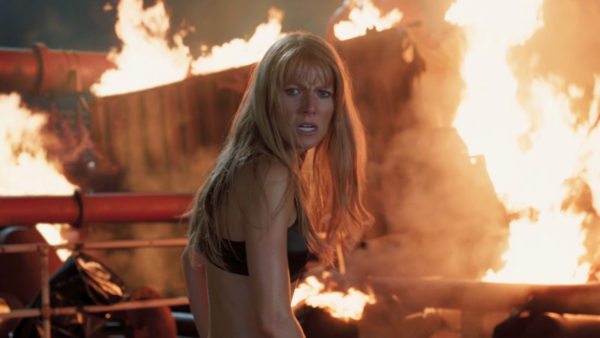 During the interview, which can be watched below, Colbert asked Paltrow if she had powers in the upcoming Avengers: sequels. After becoming confused as to whether she could answer the question he asked: “Is there any chance, at any point, when you were working on the movie, did you thrust your hand toward someone wearing a blue suit with ping pong balls on it?”

Paltrow replied “yes” to this, which Colbert believed seemed to confirm she had powers. However, whilst it is unlikely she still possesses the Extremis powers that Colbert seems to be referring to, this piece of information may confirm a popular fan theory.

During the Avengers: Infinty War trailer, the main villain Thanos can be seen punching someone in Iron Man armour. Many have come to believe that Tony Stark is not in that armour at all and that in fact Pepper Potts is. With Paltrow confirming she has participated in some CGI work (as well as posting a behind-the-scenes images which seemed to show her in a moction-capture suit) it would seem that this theory has just gained some significant traction.