With T’Challa set to hit the big screen this February in his own solo movie, Marvel has announced the upcoming release of Black Panther – Star Here, a free comic book sampler designed to get new fans up to speed with the King of Wakanda. 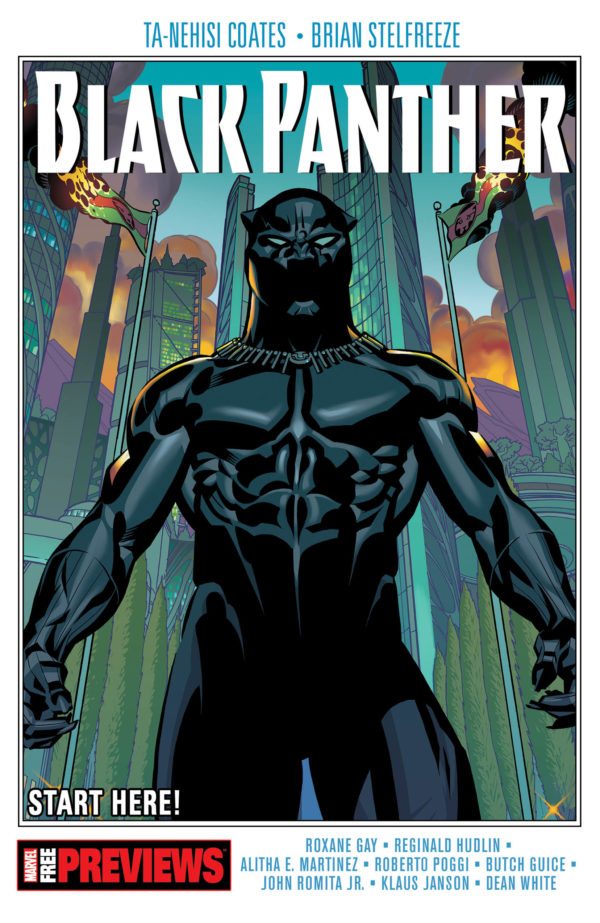 Featuring excerpts from Marvel’s current Black Panther ongoing series, as well as World of Wakanda, Black Panther and the Crew, and portions from Reginald Hudlin and John Romita Jr.’s Black Panther run, Black Panther – Star Here serves to introduce brand new readers to the character’s expansive 50-year Marvel history, while long-time fans will be able to relive some of T’Challa’s most epic adventures.