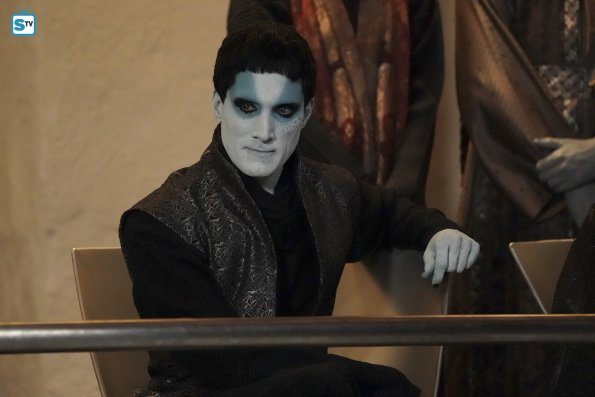 It’s all fun and games until someone loses an eye or, you know, their lives. Agents of S.H.I.E.L.D. delivered many surprises this week; some victories, some failures, some potential new villains but also several deaths. With Clark Gregg in the director’s chair ‘Fun & Games’ upped the ante, raising the stakes and pushing our characters into new territory. The winter premiere packed a lot of content and for the most part very effectively accelerated the story without feeling too rushed or uneven.

Kasius’ dinner party for his bidders gave an even greater look at the various intergalactic powers operating in this time. I love even getting glimpses of the costumes and make-up donned by these beings, expanding the diverse look of the MCU. It was also pretty empowering to see Fitz spar words with these people adding a sense of integrity and fearlessness to his alias Boshtok the Marauder. This eclectic party of individuals got to play audience to two impressive and exciting fight scenes, both in the previously seen gladiatorial pit. The first being May vs. Ben and though I was certain neither would die the scene was tense to watch while boasting some great choreography. It was also very satisfying to see May keep up with a telepath; she always manages to be awesome even when she loses. This of course leads to Ben’s death at the hands of Sinara due to May’s very existence. Her presence uncovers Daisy and Simmons’ lie and the fact that Ben covered for them. Though the telepath was only on the show a brief time, somewhat minimizing the impact of his death, this act showed the consequences of defying Kasius. It also added fuel to the fire in Daisy, emotionally charging her encounter with Sinara while further antagonising Kasius. Daisy’s subsequent fight with orb wielding Kree was appropriately thrilling, making nice use of their abilities while still showcasing some great hand-to-hand combat. As easy as it is to root for Daisy there was a small part of me that pitied Sinara as she was more or less sent to slaughter by Kasius. I loved that she dropped her grace and mystique and we could see real emotion as she fought Daisy. I sincerely hope this is not the last we see of her. 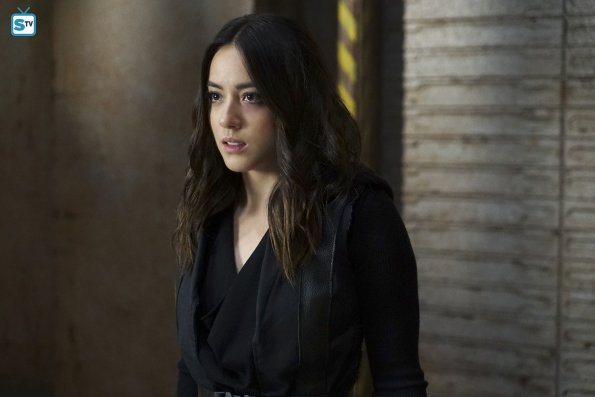 Beyond a brief introduction back in ‘Orientation Part 2’ we have seen very little of Flint before now, his story though is an easy one to sympathise with so it doesn’t take much for us to endear to him or indeed to understand why Tess and Yo-Yo risk their own safety to protect him. The subsequent reveal that Tess is stabbed and hanged for hiding Flint was a genuine shock. I liked Tess a lot but am now starting to think she was a red herring; I hadn’t given much thought to Flint but this week the attention shifts to him as he undergoes terrigenesis, becoming a glorified earth bender. It seems to be setting Yo-Yo up as a tutor to him. He then murders Grill minutes after discovering his powers, taking another player off the board and showcasing how potentially powerful his abilities are.

Fitz and Simmons finally had their reunion, even if initially it was only one-sided. Fitz’ heartfelt speech and proposal to Simmons was beautiful even if we knew she couldn’t hear him. This then quickly established how adept Fitz is at lying and bluffing as he convinces Kasius to deactivate Simmons’ implants. Their eventual embrace and Jemma’s “then marry me” were absolutely perfect; after everything these two have faced there’s no reason to be coy now that they’ve finally found each other again. As any long-term Agents of S.H.I.E.L.D. fan will surely attest, they’ve earned this moment. 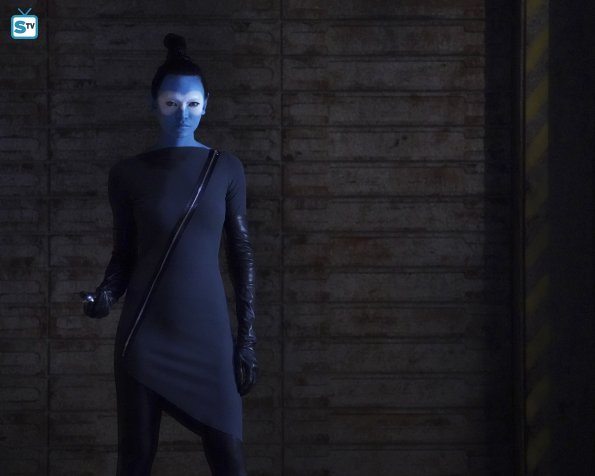 ‘Fun & Games’ was a remarkably strong episode for Gregg’s series directorial debut with two great fight scenes, unexpected shocks and some of the show’s signature humour. Mack’s expression to Yo-Yo calling him “cool” being a personal highlight along with Daisy and Simmons’ reaction to Fitz’s arrival in the future. (I wish I had the space to gush over that scene, Elizabeth Henstridge and Chloe Bennet’s chemistry is always so incredible). Our final moment sees Enoch head out to the Earth’s surface despite the large roach presence. (the jury’s still out on what exactly a Chronicom is). Joel Stoffer brings a really nice presence to the show with his portrayal of this being despite the disastrous surroundings. He is presumably going to the Earth’s surface to assist May as an aid to Fitz but I am hesitant to assume anything anymore. A major focus this week was on Flint and on Yo-Yo’s involvement in his ‘disappearance’. I do wonder though how invested we can get in characters that may not even exist in a few episodes time. If our team “save humanity” then Tess, Deke, Flint etc will never even exist which may diminish the events we’ve witnessed so far. Will any of the new characters be able to return to the Earth that was or will our team truly be displaced in time for the remainder of the season? I have no idea where the show is going and hey, it’s only episode 6.