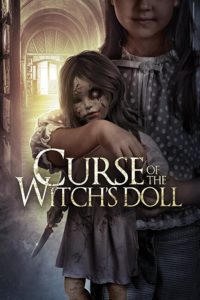 After a series of inexplicable events, Adeline Gray believes a haunted doll possesses the soul of a vengeful Witch. To have any hope of being reunited with her missing daughter, she knows she must defeat the evil curse of The Witch’s Doll.

It’s not hard to put a finger on what makes Curse of the Witch’s Doll so bad. What is hard is condensing its flaws into a concise, non-rambling review. Nevertheless, I will do my best.

The movie gets off to a bumpy ride right from its opening shot – a fade in on the eponymous witch’s doll. Though the director clearly thinks that this doll is creepy enough to carry the film’s supposedly scary moments, I doubt anyone else would think likewise. After all, it looks more like a discarded prop from Robot Chicken than it does the host for a 15th century witch’s soul.

Perhaps if the film had tried harder to make the actions of this doll a little more threatening, then it’s cartoonish features could have been forgiven. Alas, the doll does little more than slam doors and move around off camera – hardly enough to imply that it is a threat to any of the film’s protagonists. 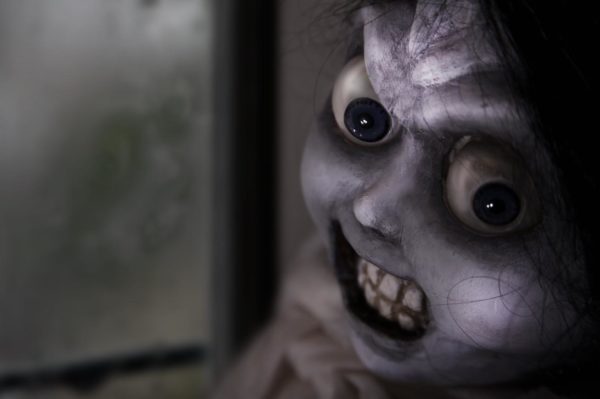 Speaking of protagonists, there is not a single compelling performance in the entire movie. To be fair, there isn’t the abundance of over-acting that usually populates cheap horror movies, but there is a whole lot of under-acting. After Adeline’s (Helen Crevel) daughter Chloe (Layla Watts) goes missing, one would expect Adeline to appear distressed, scared, and perhaps even manic as she searches for her missing child. Instead, Crevel plays her with relative indifference, as if she has misplaced a watch, rather than a family member.

While the acting may be consistently poor, the direction is simply inconsistent. The story meanders as if searching for a purpose. When it finally arrives at one, a pointless twist pulls the rug out from under its own feet, spiralling the film back into chaos from which no sense of order could ever be retrieved.

Even simple things, such as the colour and lighting of a scene, change on a whim. The number of times where a character’s face gets obscured by a shadow that has no right being there, or a pink lit room loses its rosy tint for no good reason, is nigh uncountable. Or at least, a count would require me to re watch the film; something I’m not going to do.

There was a point during Curse of the Witch’s Doll where I had the thought, At least there’s only a few minutes left. I had every reason to think such a thing: the film had reached an apparent climax, and things were beginning to wind down after a truly abysmal and lazy twist. Ten minutes later, the film was still going, and I decided to get up from my seat and check the timestamp on the video. I had seen fifty minutes, and there was another forty to go. I let out a sigh, sat back down, and trudged through the molasses thick quagmire that was the movie’s second half. By the end, all I felt was pain.