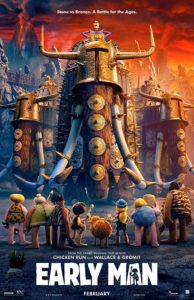 Set at the dawn of time, when prehistoric creatures and woolly mammoths roamed the earth, Early Man tells the story of Dug, along with sidekick Hognob as they unite his tribe against a mighty enemy Lord Nooth and his Bronze Age City to save their home. 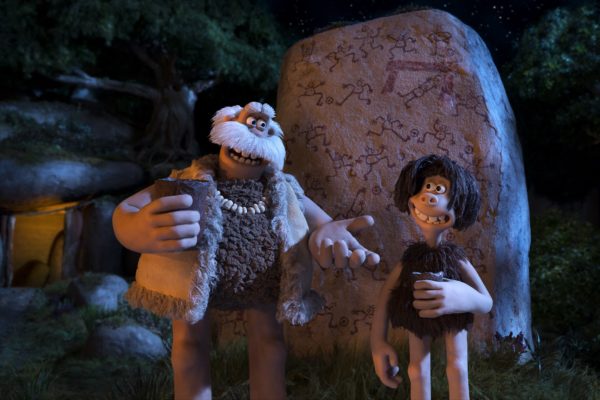 The (very literal) fingerprints of Nick Park are all over Early Man, Aardman’s latest plasticine adventure. Like Wallace and Gromit, Chicken Run and the underrated, delightful The Pirates, it’s a film that demands second viewing, not for it’s plotting – strangely limp and by the books – but for the visual cues; it’s a dizzying world of slapstick and gentle euphemisms.

Early Man is never really better than it’s epilogue, a wonderful ode to Ray Harryhausen. We open on just outside Manchester during the Neo-Pleistocene era as dinosaurs fight and feud only to be rudely interrupted by a beckoning meteor. Upon landing, a group of Neanderthals decide it sensible to pick it up and have a kick about thus football is born. 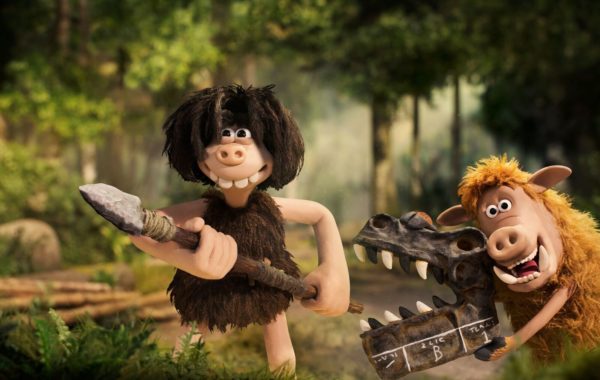 It’s Cool Runnings and Rocky, it’s every sports film come before only with plasticine and whip sharp jokes. Where Aardman previously wove tales ripe and overflowing with imagination, Early Man seems relatively stunted, an underdog story told one too many times. There are few surprises, montages by the bucket and a final football match that follows the rulebook. The genre has its limits, and even Aardman, the great champions of bending rules and breaking conventions struggle to move away from the set laws.

Thankfully, the montages – and the film is littered with them – are bright and silly enough to amuse and distract. Stop-motion lends itself to these moments, and Park has long understood that humour can be found on the periphery.

The script too, again maybe stick too close to convention, overflows with wit. Writers Mark Burton and John O’Farrell have a wonderful way with words, allowing the cast to wrap their tongues around absurdist prose with aplomb. 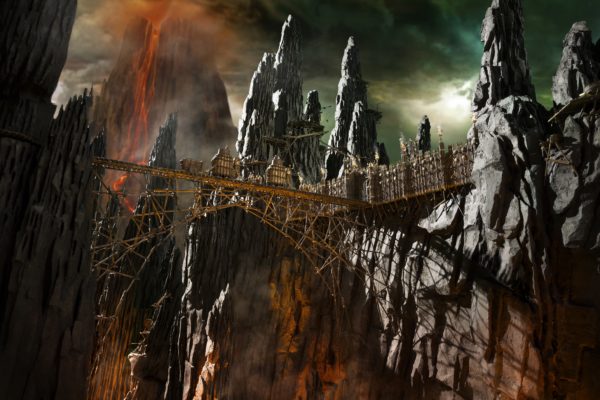 Too, the cast, in particular a rollicking Hiddleston are riotous across the board. Redmayne, sounding for all the world like a small child, has a touching innocence to him but it’s always Hiddleston, with his fantastically ripe faux French accent, who steals scene. Even in the recording booth, he chews scenery as if it’s painted with honking mature cheese.

Early Man is a lesser addition to the Aardman catalogue. It may lack the inventiveness of films come before, but it’s innately warming to see the literal fingerprints of those who created it on the big screen. Lets hope we can spend time with Dug once more in the near future/past.