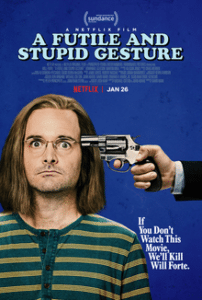 In the 1970s and ’80s, National Lampoon’s success and influence creates a new media empire overseen in part by the brilliant and troubled Doug Kenney. 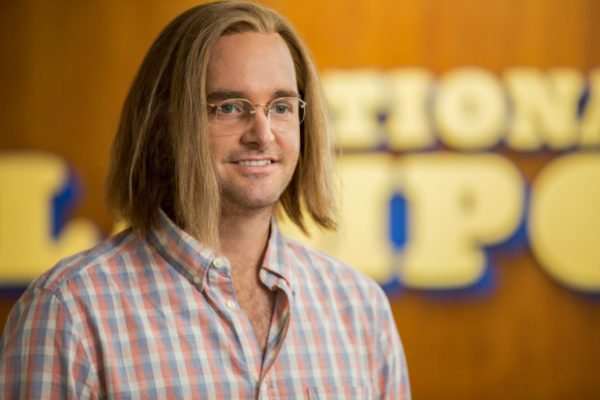 A Futile and Stupid Gesture, adapted from Josh Karp’s 2006 book about the rise and fall of legendary comedy outfit National Lampoon, above all else can’t be faulted for its affectionate approach to its subject matter. While Lampoon die-hards won’t learn much new, those with only a cursory knowledge of the publication’s history should find plenty to enjoy here.

Director David Wain (Wet Hot American Summer, Role Models) is certainly a game choice to tackle the material, given the distinctly Lampoon-esque tone of much of his comedy work, resulting in a charmingly offbeat meta-comedy about the origins of the original magazine and the gigantic media empire it snowballed into.

The two men at the center are Doug Kenney (Will Forte), a brilliant but frustrating comedian whose near every remark is a pithy one-liner, and his partner-in-crime Henry Beard (Domhnall Gleeson), the more grounded ballast who effectively keeps the business afloat. After struggling to find financing and settle on a winning art style, National Lampoon eventually becomes a success, but that’s really just the beginning of this fascinating tale.

In a style Kenney himself likely would’ve approved of, A Futile and Stupid Gesture takes a fairly conventional rags-to-riches-to-cocaine story and infuses it with a self-aware framing device, in which an older Kenney (played by the brilliant Martin Mull) reflects on his past, while hilariously lampooning (!) the circumscribed nature of most movie biopics. 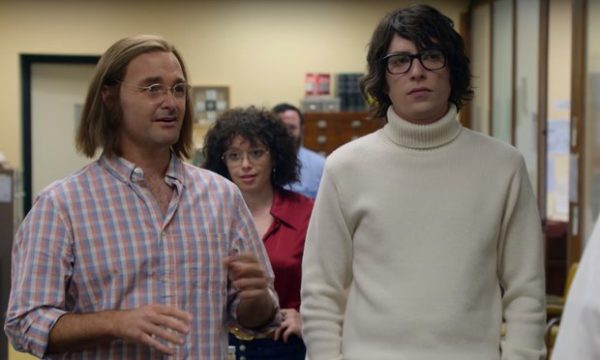 Older Kenney even stops the movie at one point to flash up a laundry list of things that were changed from real life for “pacing,  dramatic impact or because [they] felt like it.” Mull’s version of Kenney also cracks wise about the absurdity of a 47-year-old Will Forte playing a man two decades his junior, giddily hanging a lampshade over the concession even if, ultimately, it was easy enough to go along with regardless.

It’s this witty, anarchic spirit that really allows the film to triumph over some of its more familiar dramatic elements, namely Kenney’s relationship woes with two long-suffering partners (Camille Gauty and Emmy Rossum), and the inevitable cocaine binges, usually alongside his pal Chevy Chase (played with delicious relish by Chase’s biggest fan in the world, Joel McHale).

National Lampoon’s legacy is so widespread and inestimable that it’s fair to say a 102-minute movie can only do so much justice to it, especially as it needs to balance referencing cultural touchstones like Animal House and Caddyshack – the production of each briefly being featured here – with Kenney’s increasingly implosive habits. It would be absurd to call this film anything approaching an “authoritative” account, but with its snappy pace, smart script and free-wheeling style, it does provide valuable insight into the creative process of comedy, and the self-destructive tendencies that tragically accompany comic genius so often.

The main reason the film works above all else, however, is the tremendous efforts of a marvelous ensemble cast. Forte leads the pack with a performance alternately charming, infuriating and heartfelt, which if nothing else feels like a perfect distillation of the man’s essence. Domhnall Gleeson, while not getting nearly as much to do, makes for an agreeably relatable straight-man trying to keep Kenney in check, though Forte’s work is best bolstered by the absolutely stacked array of bit-parts and cameos. 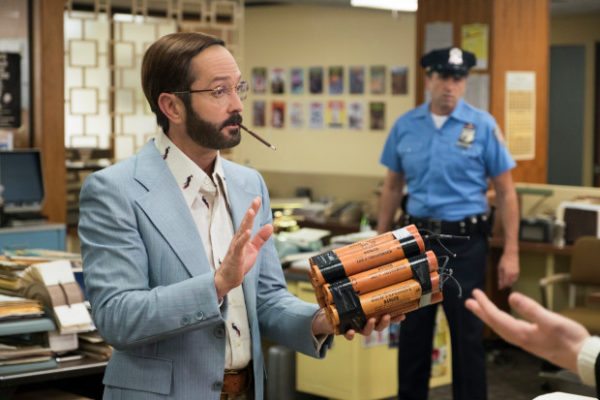 Matt Walsh, Thomas Lennon, Joel McHale, Camille Gauty and Emmy Rossum get the meatiest roles as focal figures in Kenney’s life, but there are also blink-and-you’ll-miss-it cameos from David Krumholtz, Ed Helms, Seth Green, Annette O’Toole, Paul Scheer, and most hilariously, Paul Rudd (seriously, keep your eyes peeled for that one). Elsewhere the cast is rounded out by Natasha Lyonne and Matt Lucas as Lampoon writers, and Erv Dahl is memorable in a few brief scenes with a note-perfect impression of Rodney Dangerfield.

When all the wacky comedy hi-jinks are done with, though, Wain isn’t afraid to get dark in the final stretch, delving into the disappointment felt by Kenney’s father in particular, the escalation of his drug abuse, an ill-advised rehab retreat accompanied by Chevy Chase, and his final date with oblivion. It’s at this point that the movie’s central framing conceit – of having Kenney’s life be narrated by an older version of himself who was never allowed to exist – comes home to roost, and while it might feel like a rug-pull to those who aren’t aware of the real-life story, that never really feels like the intent of the filmmakers (hence why it’s being mentioned in this review).

Though one could come away from A Futile and Stupid Gesture simply believing that the talent gene and the a**hole gene go hand in hand, Wain’s well-rounded approach to his subject matter sufficiently humanises Kenney, right up to the fascinatingly ambiguous nature of the man’s final moments. Still, above all else, the film is a celebration of comedy and creativity, and especially the singular brand of both that Kenney’s publication became renowned for.