The Dark Souls of platformers – before Dark Souls was even a thing, no less – is back, available now on Nintendo Switch, and while this new port of Super Meat Boy is really just a thirst-quencher until the long-awaited Super Meat Boy Forever lands later this year, the appeal of owning it on Nintendo’s nifty new hybrid platform speaks for itself.

For those somehow not familiar, Super Meat Boy pits the player as a miniature, anthropomorphic cube of meat, who must rescue his girlfriend, Bandage Girl, from the grasp of the evil Dr. Fetus. Over the course of 300 stamina-testing levels, you’ll make strategic use of runs and jumps to reach the end-point – marked by Bandage Girl herself, who is whisked away by Dr. Fetus, Mario-style, every time you reach her – while avoiding whirring saw blades, salt, laser beams, gelatinous enemies and much more.

The game is famously governed by its punishingly unforgiving difficulty, for though players typically need only traverse a short space to complete each level – many can be beaten in literally seconds – getting there requires extreme finesse and mastery of the game’s slippery locomotion mechanics. What begins easy enough continually ramps up in intricacy over the course of the game’s 10-hour-ish core campaign, though of course, that playtime estimate is heavily dependent on how many thousands of times you die. 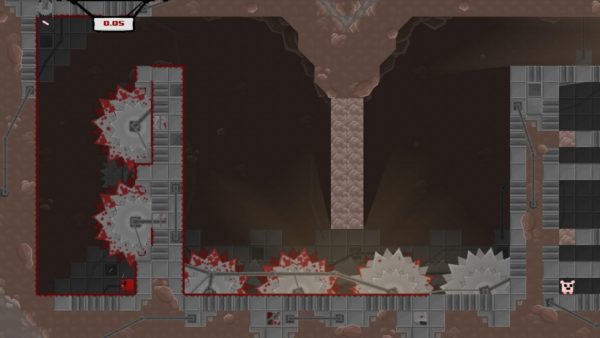 Once you’ve crushed the 100+ levels in the “vanilla” Light World version of the game, along with numerous Switch-throwingly difficult boss fights, you’ll want to try your hand at the Dark World equivalents, which up the difficulty substantially and are only recommended for the most gluttonous masochists. Slightly less upsetting are the collectible bandages strewn throughout each world, which will allow you to unlock a litany of new playable characters. Simply, for those prepared to dive down the rabbit-hole, this game can become a real-time sink.

Though it’s certain to make your blood pressure soar on regular occasion, Super Meat Boy is nevertheless a wonderfully addictive game, even if the difficulty level may prove too much for those craving a cute, relaxing platformer on their Switch.

The controls are fairly floaty and imprecise – as they are on every platform version I’ve played – and the game’s unconventional reliance on momentum will probably irritate some who may rush to deem many of their deaths “unfair”. However, for what it’s worth, I found myself racking up more A+ scores on this version of the game than on any of my previous playthroughs, though that could be in part due to my familiarity with the title at this point.

Styled as a parodic riff on 2D 8-bit platformers, it’s fair to say that Super Meat Boy is no eye-melting show-piece for the Switch, but it looks as great as it always has, with brief animated cut-scenes between worlds adding a helping of off-kilter personality. Aurally, this version sadly doesn’t feature Danny Baranowsky’s original soundtrack due to licensing issues, but rather the new one created for the 2015 PS4 and PS Vita. It’s still fine, but nowhere near as good as Baranowsky’s iconic compositions. 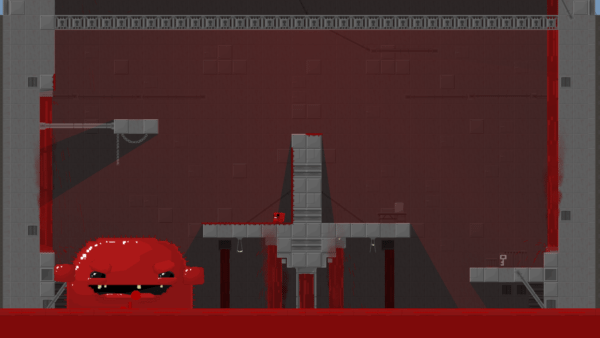 While it’s primarily intended to keep players busy until Forever comes out – and perhaps remind them of just how brilliant the game remains eight years later – this isn’t just another fast-and-loose Switch port, and also includes a brand new two-player Race Mode.

Two players can battle against one another, hurtling through one of the game’s chapters or random levels via split-screen play. It’s brilliantly tense, if you can find a pal skilled enough to want to race you, that is. Thanks to the game’s fairly limited control scheme, the multiplayer suite is perfect suited to Joy-Con play, so you needn’t dig out a Pro controller just to avoid hand cramps.

At this point you might be triple or even quad-dipping on Super Meat Boy, and while to that end you might begrudge paying another £11.99 for the game, it is undeniably one of the best platformers of the last decade. Being able to play it comfy in bed (for those who never splashed out on the Vita version) will undeniably mitigate the red-faced fury you’ll feel when you die for the 70th time on a late-game stage.

You probably don’t need this game for your Switch, but if you’ve played it before, you probably still want it, and with damn good reason. 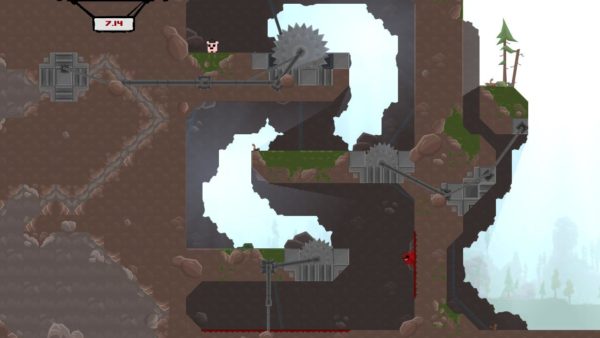