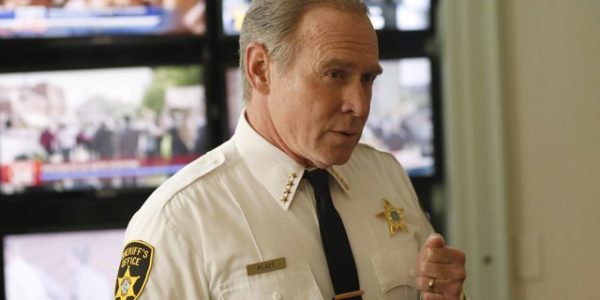 Last week it was announced that production is underway on the Halloween sequel from David Gordon Green and Danny McBride, and now we have word of a new addition to the cast of the film.

The Tracking Board reports that Will Patton (Shots Fired) has joined the project, and will portray a police officer. He joins the returning Jamie Lee Curtis as Laurie Strode and Nick Castle as Michael Myers, a.k.a. The Shape, while Judy Greer (War for the Planet of the Apes) plays Laurie’s daughter Karen Strode and Andi Matichak (Orange Is the New Black) portrays Laurie’s granddaughter Allyson.

Halloween is being executive produced by original director John Carpenter, and will serve as a direct sequel to the 1978 slasher classic. It is set for release on October 19th 2018.