Doctor Strange himself, Benedict Cumberbatch, has hinted that a possible Marvel cinematic multiverse maybe on the horizon. 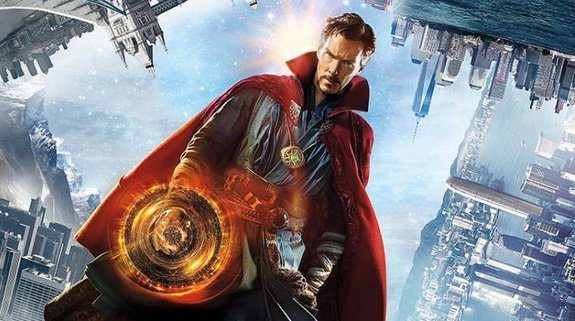 What started out as a relatively straightforward connected universe of super powered heroes, has since enlarged and transformed into something far more complex, taking audiences to a variety of different planets and even providing glimpses of other dimensions.

This is only the beginning according to Benedict Cumberbatch, who was interviewed for Thor: Ragnarok’s digital release special feature which celebrated the first ten years of the MCU. During his brief interview (via CinemaBlend), Cumberbatch touched on a potential multiverse:

“What we’ve seen happen within the Marvel Cinematic Universe is this ever-expanding couture of superheroes,” he explained. “I think now we’re at the stage where this universe, even within our world, has gotten quite crowded and it’s just about to explode into other dimensions.”

This road certainly seems a likely one as the MCU continues to progress, especially considering what will likely be game changing events in Avengers: Infinity War. Add that to actor’s contracts running out and Marvel perhaps not wanting to retire characters, bringing in replacements from parallel universes may be a shrewd move.

n unprecedented cinematic journey ten years in the making and spanning the entire Marvel Cinematic Universe, Marvel Studios’ “Avengers: Infinity War” brings to the screen the ultimate, deadliest showdown of all time. The Avengers and their Supe Hero allies must be willing to sacrifice all in an attempt to defeat the powerful Thanos before his blitz of devastation and ruin puts an end to the universe.