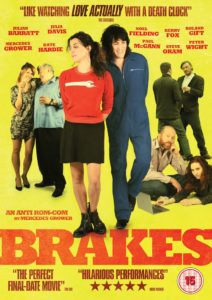 A two-part semi-improvised film examining couples as they break-up and meet in and around London. 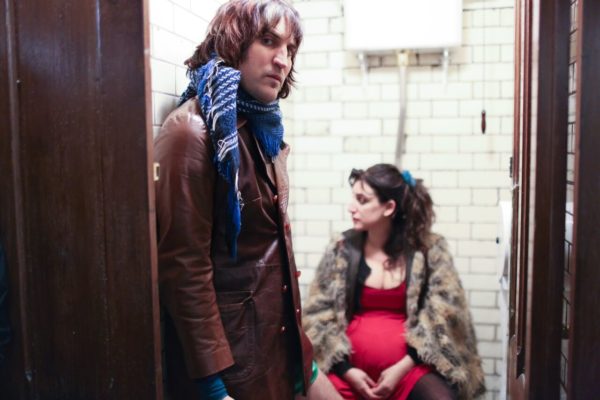 Relationship break-ups can be messy. And so too can film-making, particularly if an improvisational freedom is allowed too much of a sway on an already chaotic template of ideas.

Mercedes Grower’s debut Brakes suffers a little from this and has a large amount of the hit and miss formula common in episodic anthology style films. Where it work best, it delivers dark laughs and off the wall social commentary and has enough charm to run the gauntlet of this difficult format. When it doesn’t come off the result is largely forgettable without much depth of feeling.

The most intriguing thing about Brakes is the setup. Nine couples begin ‘Part Two’ by breaking up with each other, usually at the instigation of one of them. We go from scene to scene, each with a different take on the business of ending a relationship. Some are weirdly funny, like Julian Barratt’s character returning to London from Barcelona to pursue his one night stand Oliver Maltman, while Kerry Fox and Roland Gift dejectedly mis-communicating with each other has a quiet form of sad drama about it. Others appear to not make much of an impression at all, such as Kate Hardie and Paul McCann waiting at an overground station for the Richmond train mumbling inconsequential cliches to one another.  Another booze fueled – alcohol is a common thread running throughout – one night stand between a recently promoted office worker and a builder used class as a subject to look at, but does so without laughs or dramatic tension. 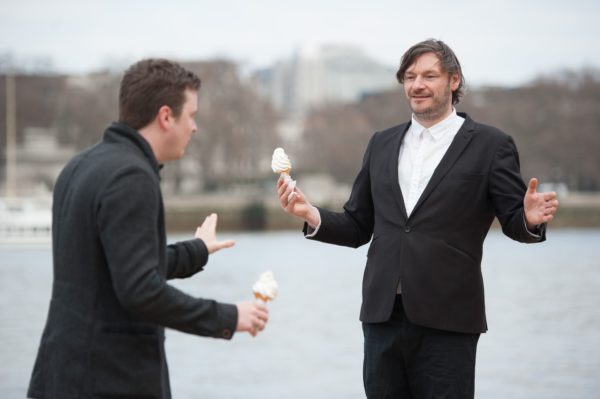 After looking at each of the couple’s drawing their various romances to a close, the film brings up ‘Part One’ and we see how they all began.  The best of the bunch overall in dark comedic terms to my mind is Julia Davis’s segment about a deranged wannabe actor gamefully charming a movie boss to let her into his film and life. The break up scene with a mentally fatigued Peter Wight unable to take any more of her eccentric singing and pursuit of a fellow actor contrasts well with their first meeting, when she auditions wildly in front of him for a Shakespearean role.

The film also includes Noel Fielding and the film’s director Mercedes Grower in a rather insubstantial skit following his Soho wanderer and her pregnant girlfriend. Unfortunately it’s another story that doesn’t quite take off. But overall the film is so quickly moving that the least effective scenes can soon be looked over. However, with such an impressive cast of talent it does feel like a missed opportunity. The relationships themselves could have been slimmed down a bit, as nine feels like a few too many. Also more of a core story could have worked better, but for what it is it has enough interest in it to warrant a look. If for nothing else than an examination of how erratic and shallow big city romances can be.