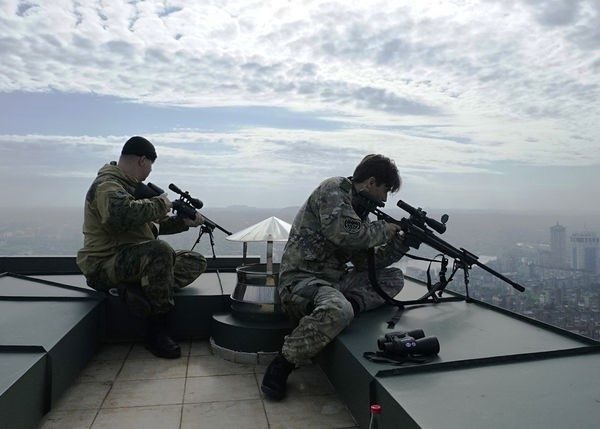 Ahead of its world premiere at the Santa Barbara International Film Festival tomorrow, we’re delighted to exclusively debut the trailer for A Sniper’s War, a new documentary from director Olya Shechter, which follows a sniper whose anti-U.S. views lead him to join the pro-Russian rebels in the ongoing Ukrainian conflict. Watch the trailer below, or check it out over on our YouTube channel…

A SNIPER’S WAR is the story of Deki, a sniper whose anti-US views led him to join the pro-Russian rebels in the ongoing Ukrainian conflict—a primary source of tension between the United States and Russia. When social media becomes a communication platform to schedule sniper duels, Deki’s rival threatens to kill him.

The filmmaker obtains unprecedented access to military bases and frontline battles. She collected hundreds of hours of footage to paint an intimate portrait of the complex and fascinating nature of a sniper. Is Deki simply a man searching for purpose? A victim of historical events? Or is he a criminal, a terrorist, and a vicious killer?